What is the Difference Between Rack and Blade Servers? 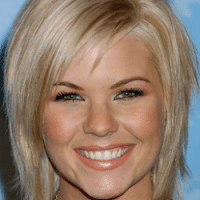 Computing power has evolved over the years. Blade servers are currently the most efficient computer devices and are often used by modern businesses as the backbone of the office computer system. Blade servers are gaining in popularity over the rack mounted servers in large office operations. Both provide similar computing power although the devices differ in some key ways.

Rack mounted servers are computers that contain all the components necessary for operations. Plug the rack mounted server into a standard electrical outlet and connect the network cables and the device is operational. The rack mounted configuration allows the device to be mounted in a computer hardware rack, usually 19 inches in width, although the devices could sit on a table or desk with similar results. 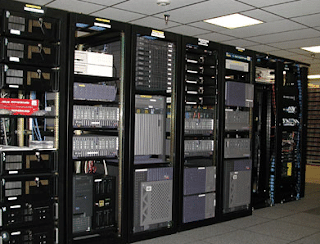 Blade mounted servers do not contain all the components of a computer and must be mounted in a blade enclosure which includes power supplies and networking components. The blade enclosure can mount in a rack for ease of operations.
While each system has its advantages the rack mounted servers often offer greater flexibility. The blade enclosure commonly includes a single power supply and cooling unit as well as several other components that are shared among the blade units. The rack mounted servers each operates with its own power supply unit and cooling system and other components allowing the user to configure each rack server unit to the specific needs of the operation.
The single power supply of the blade enclosure may offer some advantages including easier integration with an uninterrupted power supply unit to provide continuous service during power outages. However, the single power supply serving multiple blade servers is a possible point of failure that can render an entire system operational.
Updates to rack servers can include adding more memory or replacing other components within the server. Blade servers are commonly fully integrated board and any upgrade usually involves replacing the blade unit within the blade enclosure. Failing parts within, such as memory, can also be replaced without scrapping the entire rack server. Think of these as computers that can be repaired rather than components of a blade system that would need to be replaced.
Rack mounted servers continue to be the most cost effective computer network option for small to medium sized operations. The cost of a single rack mounted server usually is more economical than a blade enclosure and one or two blade units. For this reason, many businesses start with rack mounted systems and many stay with those proven systems as they grow.
Author Bio
Hayley is a tech blogger residing in the San Fernando Valley. For the best in panel pcs, visit http://www.wordsworth.co.uk/..