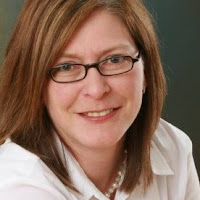 #virtualization #VDI #SDN Multiple goals = multiple hypervisors. This complicates things a bit, doesn’t it?
It is quite difficult to find any environment that is truly homogeneous today. Even home networks, which at one time may have been “all Windows” or “all Linux” today are a mixture of mobile device, Apple, and Windows-based products. As networks grow, the heterogeneity of its infrastructure increases, with a variety of switches, servers, and platforms adding to the mix of end-user computing devices.
Virtualization is no different. As the uses for virtualization technology continue to expand to various application functions, the heterogeneity of the virtual platforms used is also growing. The 2013 Virtualization Management Survey from Information Week indicated over a third of respondents have more than one hypervisor in use today. In the next two years that number is expected to increase to nearly half of all organizations leveraging multiple hypervisor technology.
The reasons for that divergence are varied, the same survey shows. Some organizations use different virtualization vendors for server virtualization than they do for desktop. Others cite hardware compatibility for legacy hardware as a reason for using multiple hypervisors and so on.
Whatever the reason, the trend seems clear: heterogeneous virtualization is increasing, and eventually that divergence will have an impact on network infrastructure.
AGNOSTIC INFRASTRUCTURE
With multiple hypervisors in use, it is increasingly important that the network infrastructure is equally capable of providing the appropriate services for all hypervisors in use. This is particularly true as we begin to see an increase in adoption of SDN-related protocols such as NVGRE and VXLAN to virtualize the network. Protocol incompatibilities will become problematic for organizations attempting to leverage such technology in conjunction with multiple hypervisors due to a lack of ubiquitous support. Either organizations must standardize across inter-dependent and integrated services to ensure compatibility at the network layer or they must plan to put into place protocol transition capabilities in the network itself, much in the same way “gateways” are used within IPv4 to IPv6 transitional architectures.
Too, virtualization of the network through SDN-related protocols will be primarily confined to within the data center. Users accessing those services will not be doing so using these protocols, making the two networks nearly incompatible. A bridge between the traditional and virtual networks must exist, and it must be agnostic to ensure seamless communication.
Virtualized solution architectures such as those associated with VDI that require specific network infrastructure will also be trouble for organizations, as it limits their ability to share the cost of infrastructure across multiple projects and applications. Agnostic infrastructure, capable of providing equal levels of delivery, security and availability to any IP-based application – including those virtualized – will offer a more cost-effective and operationally consistent approach to managing a heterogeneous virtual infrastructure.
What would be detrimental to the adoption and advancement of virtualization in the data center – whether in the application or network infrastructure – is to create even more complex networks consisting of multiple paths that are dependent on a given hypervisor and SDN-related technology. The disruption of the network and application services should be kept to a minimum and the network architecture kept as simple as possible to avoid the introduction of additional (and unnecessary) points of failure.
By leveraging a strategic point of control within the network with agnostic infrastructure capable of being a bridge not only between traditional and virtual networks but also between competing virtual network implementations will eliminate complexity while offering the operational consistency that reduces both cost and risks.
Fragmentation of virtualization in the application infrastructure should not result in fragmentation of the network.