Virtual Database Servers: The Rise of the Machines 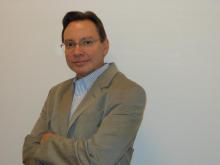 The last year has seen some interesting developments around making the virtual database more than just an outpost for testing and development gurus. Real advancements in technology, licensing and software are making large, virtualized production databases increasingly common. This means that virtualization has emerged as a viable platform that’s able to meet the computing needs of enterprise businesses.
Naturally, there are some naysayers who feel that virtualized platforms will not perform as fast and efficiently as a physical database server, and that shared resources will never handle input output (I/O) intensive processes effectively. Based on NaviSite’s years of experience working in the cloud space, we believe virtualized platforms have evolved to meet nearly all enterprise computing needs. Consider the following three factors that allow virtual databases to meet the computing demands of the enterprise:
New Technology: Today’s enterprise virtualized platforms utilize a state-of-the-art SAN, offering increased I/O. Recent enhancements in virtualization software now support greater resource allocation in memory, CPU and disk. Furthermore, to take advantage of these enhanced resources, many database vendors are addressing the resource contention issues with new software.  For instance, Microsoft has added Resource Governor, which enables customers to define which workloads can take what percent of performance on any given virtualized resource.  According to Microsoft’s whitepaperMicrosoft SQL Server 2012 on HP ProLiant DL980, “Resource Governor in SQL Server 2012 brings more performance assurance and scale by increasing the maximum number of resource pools to 64 (from 20), adding a new maximum capacity setting on CPU utilization, and allowing affinity of resource pools to CPU schedulers and NUMA nodes.”
New Licensing: Many of the major database vendors have changed their licensing roles to support virtualization.  Some vendors, such as Microsoft,  are now offering both unlimited virtualization for private cloud (license the CPUs and put as many virtualized databases as you need on the platform) and individual virtual server licenses (license only the vCPUs you build out for an individual database server).  These new licensing models have greatly simplified usage reporting and can help avoid a nasty license audit.  Of course, if you wanted to avoid the licensing models altogether, there have been significant enhancements in the Open Source database market, leading to increased functionality and enhanced user support on many NoSQL products.
New Database Software: Many of the exciting developments in the virtualization of databases are taking place within the database software itself. The major database software vendors have recently released new editions that have been written specifically to address the needs of virtualized database environments. These new editions feature better support of virtualized clusters, along with increased failover options, new administration tools for mirroring support (even across different geographic platforms) and the aforementioned resource toolsets to keep the database from running amok on a private cloud. Additionally, they have addressed some of the constraints around backups with new backup tools, the ability to split backups and even backup to third party cloud storage.
So, for those still on the fence about putting the production database in the cloud, I urge you to take a fresh look at the new technologies and software advancements made over the past two years. There will surely be more advances to come. Let’s just hope the machines don’t become too self-aware!