Top 10 Advantages of Form 4b Type 7 for U.S. Data Centers 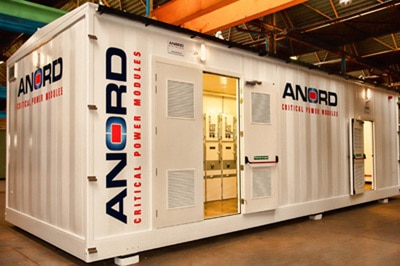 Companies trying to cut data center costs have typically tended to focus on approaches like energy consumption, air flow management and server consolidation to achieve their goals. Some though are beginning to explore the use of low voltage, small footprint electrical equipment to optimize floor space utilization and make more room available for revenue-generating IT equipment in their data centers. One strategy used by data centers worldwide has been the UL-listed UL891 Form 4b Type 7 design switchgear.

Switchgear based on the UL891 Form 4b Type 7 design standard offers a compact, fully compartmentalized alternative to switchgear based on the legacy UL891 standard commonly found in U.S. data centers.  The UL-listed UL891 Form 4b Type 7 equipment have fully segregated busbars and functional components that allow maintenance engineers, machine operators, fitters and others to access all internal components in a safe manner. Data center operators in other parts of the world have been using UL891 Form 4b Type 7 switchgears to improve data center efficiencies, but the concept is only just beginning to catch on in the United States.

The standards evolved from completely different design philosophies and approaches to industrial safety. The IEC standard is firmly rooted in a post, World War-II application-oriented design approach focused primarily on reducing potential safety hazards. The U.S. standard, on the other hand, emphasizes performance under extreme conditions and the ability for equipment to survive beyond designed life spans. As a result of these differences, equipment based on the two standards vary in footprint, component segregation approaches, and safety design. The UL891 Form 4b Type 7 switchgears offer several benefits over gear-based on NEMA standards, including these top 10 advantages:

With continued rise in data center operations cost, mission critical facility operators should consider the cost savings of the UL-listed UL891 Form 4b Type 7, which is equal to, or better than, the legacy UL891 design.  Not to mention the added advantages with differentiating workplace safety measures.

John Day is VP of Sales and Marketing for Anord Critical Power that recently introduced its innovative UL-listed UL891 Form 4b Type 7 design AMS switchgear to the U.S. market.