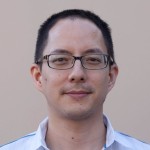 AWS offers a service for hosting applications on servers, storage and other infrastructure with EC2. However, AWS only makes available a small amount of information concerning the hardware that your applications are running on. As a result it’s nearly impossible to know what is “running under the hood” or which specific servers, storage drives and networking components are processing your data and powering your applications. The nature of such a service creates several distinct attributes that differ from running IT hardware on-premise, and make certain issues more likely to occur.

Identifying the kinds of issues in AWS requires an understanding of how EC2 works as well as visibility into an application and underlying cloud-based infrastructure. Datadog’s new eBook explains how to gain this visibility and details the five top EC2 performance issues to examine:

Download a complimentary copy of the eBook to learn more.