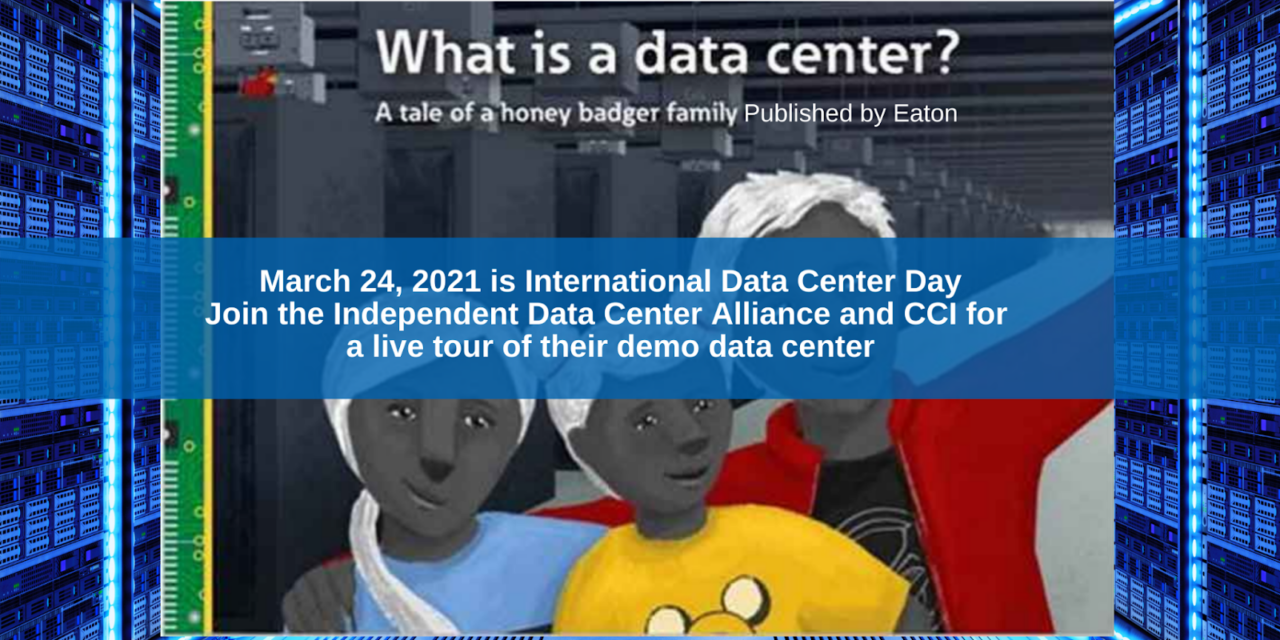 The popularity of a children’s book can often be traced to its ability to transform mundane or tedious subjects into words and images that are both memorable and easily understood. Consider, for instance, the countless parents who have regaled picky eaters with Sam-I-Am’s plaintive admonishments to try green eggs and ham. Or the thousands of misbehaving children who have identified with an equally naughty boy named Max and his adventure with wild monsters, even as they absorb lessons about anger and unconditional love.

Such is the thought behind “What Is A Data Center? The Tale Of a Honey Badger Family,” a new children’s book created by Eaton and released in time to celebrate International Data Center Day on March 24. The book follows a family of honey badgers as they walk through a data center that’s filled with clever popular references, including from movies like “Star Wars”, “The Terminator” and “Monty Python and the Holy Grail;” books like “The Hitchhiker’s Guide to the Galaxy” and the Harry Potter series; and games like Minecraft and Asteroids, among many others. In fact, parents and older readers are challenged to identify the hidden references throughout the book, adding another layer to the fun.

To create the book and keep it fun, Eaton got feedback from IT pros around the world. For instance, Eaton created a survey to discern which land-based mammal best represents IT pros. Their input resulted in the book featuring a family of honey badgers, in part because of a hilarious video about the animals and in part because the Guinness Book of Records lists honey badgers as the most fearless animal in the world.