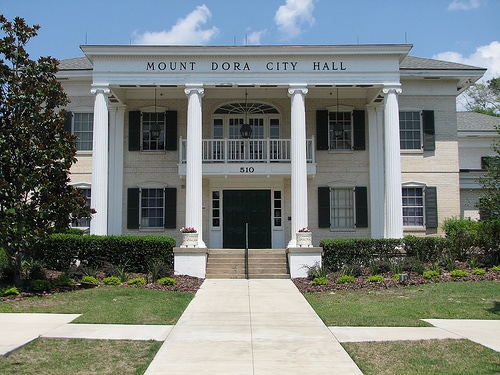 – Johnna Shamblin,  IT Manager for the City of Mount Dora, says:

The City of Mount Dora is located in central Florida and sits alongside Lake Dora. Being a city with more than 12,000 residents, it has nine vital departments spread throughout the city which require a strong IT support system: police, fire, water and wastewater, city manager and clerk, public works, library, planning and development, utilities, and personnel. 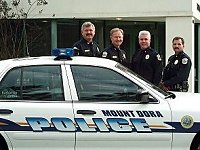 As IT Manager for Mount Dora, it’s my job to protect against any potential downtime that would inevitably devastate our entire critical infrastructure.

When system downtime threatens to shut down business functions for any of Mount Dora’s departments, it’s easy to see how grave the impact would be.  While Mount Dora is largely unaffected by coastal Florida’s destructive hurricanes, we are not impervious to hardware failures, human error and other more common contributors to system crashes. So, having a reliable disaster recovery system in place is critical.

After four years using Zenith Infotech’s BDR for our disaster recovery, we found that it wasn’t going to be a reliable long-term solution. This is attributed to the overall storage limitations. As the appliances started approaching capacity, they were unable to back up large snapshots of our servers. If we lost those servers, recovery time could take a day or longer – as long as it took to transfer the data to a new server.

Additionally, testing the system was a time-intensive process, taking the team a few hours to test just one server. As a result, we were only able to test just once or twice a year. With time running out and a Band-Aid solution in place to hold the servers over until a new system could be deployed, we began our search for a new disaster recovery solution.

We had contacted IT counterparts in other cities to find out what they were using. Quorum’s name came up frequently, so we decided to investigate further. We also considered CommVault, Unitrends and Datto Backup, but Quorum stood out because it was easy to manage, offered automated and on-demand testing capabilities, and a simple one click solution to boot up recovery nodes in times of need.

We also found that competing solutions had some shortcomings; namely, they didn’t offer backup testing or a physical appliance. Ideally, we new the problems we faced, and wanted a simplified solution to help manage a complex process. So the decision was made. The City of Mount Dora bought the Quorum solution at the end of 2012 and deployed it in early 2013. By all accounts, deployment and installation were easy and have been straightforward. We now have Quorum protecting about 25 servers.

The great news is we found that we could configure the Quorum appliance to meet the needs of our environment. In a discussion with a Quorum support person during the initial installation/configuration stage, we decided to partition the appliance into two different ones. Because we run a large number of small application-type servers, that allowed us to double the amount of work that the appliance can do at one time.

Overall, Mount Dora’s experience in using Quorum has been simple and successful. We can rest peacefully, knowing that our city’s infrastructure is secure and can be restored within minutes if an IT interference were to occur.

Johnna Shamblin has held the position of Information Technology Manager for the City of Mount Dora, FL for the past 14 years providing her expertise and extensive knowledge building and supporting their IT network, by analyzing problems, developing and simplifying procedures, and finding innovative solutions. She was previously employed by Weisco Computers providing high level networking support to some of the top companies in Central Florida. She also worked for the City of Eustis, FL providing accounting, budgetary, and computer support. Years ago she worked in the medical billing field and specialized in implementing new systems and greatly reducing collectible receivables.

In 2007, Johnna was recognized by Charlie Crist, the Governor of the State of Florida, for completing the challenging course work and receiving certification as Certified Chief Information Officer (CCIO) from the Florida Institute of Government at Florida State University. In 2008 and again in 2009, she achieved recognition as a mentor to students in the Certified Chief information Systems program. In 2013, she was recognized by SunGard Public Sector for 25 years of commitment, and by the Florida Local Government Information Systems Association (FLGISA) for 15 years of commitment. Johnna was spotlighted in Keys to the City by Verteks Consulting, Inc from Ocala, FL, and has provided many references to colleagues who were researching various IT solutions that she and her team have implemented, such as IP Telephony Systems, Storage Solutions, Mobile Device Management Solutions, and Email.