Open Source Collaboration is Changing the World and Resurrecting Privacy 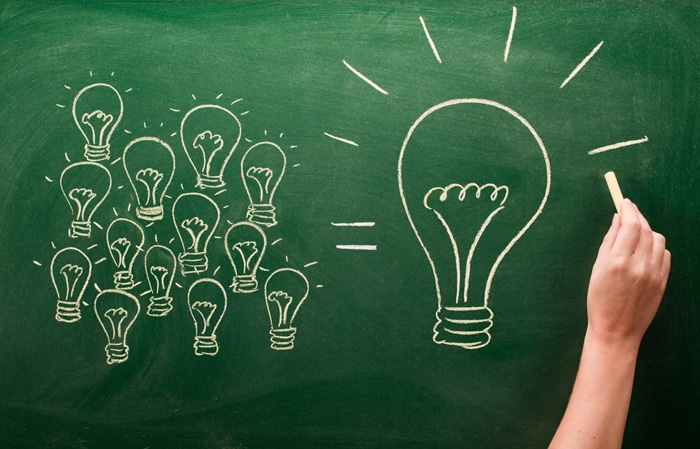 The Patriot Act expired at the stroke of midnight on May 31, marking a turning point in the battle for data privacy. What began when Edward Snowden shined a light on government malfeasance, turned into a movement as the information he released was freely shared amongst the public. Open Source Collaboration

Many of the key factors that led to the Patriot Act’s downfall are analogous to the open source movement’s ability to improve society by reducing the barriers to innovation. In fact, over the past several hundred years, true innovation has very often been open source. For example, Ben Franklin, who inspired the instrumental Patriot Act-opposing caucus that bore his name, famously did not seek patents for his inventions because he believed that others should be able to improve on his designs for the greater good. When asked why he didn’t patent the design of his stove, Franklin said, “as we enjoy great advantages from the inventions of others, we should be glad of an opportunity to serve others by any invention of ours; and this we should do freely and generously.”

When many hear the term “open source,” they tend to think of software. But, software is just the latest iteration of the open source movement with deep historical roots that has changed the world in numerous ways. Today, open source and open collaboration can be seen as the defining principles for a host of industries, from computer software to digital content, medicine to teaching. Jonas Salk refused to patent his polio vaccine, which led to the disease’s cure. Tim Berners-Lee, in a similar spirit, did not patent the World Wide Web, because he believed it should be an open platform for all to use. Successful businesses like Wikipedia and the increasingly popular TEDx series of conferences have built their platforms and messaging on the principles of open source, and even Tesla, the innovative all-electric-car maker has opened up its rich patent portfolio to everyone, including the competition.

So, what can we as a society learn from the philosophies and values that open source provides to our communities and ultimately, our right to privacy?

Beyond technology, open source is really a way of encouraging an open exchange for communities to make and disseminate ideas. For example, the TEDx conference series was created in the spirit of the company’s mission of “ideas worth spreading,” that span all topics from science to business in more than 100 languages. In other words, TEDx supports independent organizers who want to create a TED-like event in their own community to help spark conversations and connections within those communities.

Because open source ideas and projects are created within the framework of a community, like TEDx, they are scrutinized, reshaped during the course of a discussion and ultimately become stronger as numerous people contribute their own individual expertise and experience. Ultimately, that makes for much more powerful, high-quality ideas that are accessible by each and every member of the public – not just the experts.

Open source ensures that conversations are, well, more transparent and understood around important issues. For example, in the case of Americans’ privacy, if relevant conversations are held in closed rooms with only the expert, technical people in the industry, we close that discussion off from the average American and the public as a whole. An open source approach will ensure that more Americans will tune in to their individual security concerns and care about the debate surrounding their privacy by themselves.  This is the premise of freedom around the world, and definitely the foundation of freedom of the press, from which an informed public builds the strength behind any democracy.

In the same vein, the quality of ideas presented through an open source conversation are ensured through the presence of the other minds involved. Having to answer to multiple people, perspectives and backgrounds means that people are held accountable to their ideas and their actions. That means the bad and even the dumb ideas get weeded out early on, making for more fruitful philosophies and results for communities.

The inherent transparency of open source ensures that everything is as it seems. For example, users can be certain that an app doesn’t have any code within it to track its users because its underlying source code is freely available. And in the case of Wikipedia, transparency reigns supreme. Not only is Wikipedia content free for everyone to reuse, but the sources for each one of its entries are readily available and accessible, making it clear and easy to see where information is coming from – and to validate or invalidate that information accordingly. By fostering a transparent, open source approach, the community of Wikipedia users can trust the information and ideas at hand. And, if there are any questions or concerns around the soundness of those ideas, ensure that they are removed from the system entirely.

But, in the case of consumers’ privacy, it’s clear that transparency is still missing from the conversation.  There’s a serious knowledge gap with the U.S. public around their privacy, which we saw with John Oliver’s interview with Edward Snowden. But to be clear, it’s no fault of the public’s. The private and public spheres have not worked hard enough to foster open conversations and open information, and speak with the public not at them. In doing so, the community can help build transparency around privacy issues that empower the public and helps builds trust. Only with complete transparency can we ensure a full enlightened society.

A future of openness

The expiration of the Patriot Act is just one of many steps forward in a long history of the open source movement toward open collaboration. By helping to break down the barriers to innovation and opening up the doors for collaboration, open source will allow communities to achieve the transparency, accountability and open exchanges needed to resurrect the privacy conversation in America.

Open source will enable businesses to flourish as they become more in tune with their use communities,