In-Memory Technology is Green in More Than One Way 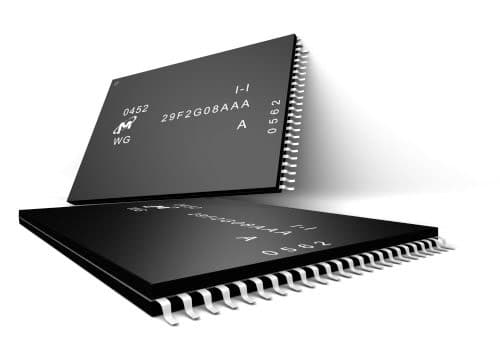 The next phase in computing will no doubt yield countless surprises, but a few things are certain. First, computing demands are going to grow exponentially. To remain competitive, organizations will have to process much larger data sets at extremely high speeds in order to fuel real-time analytics and keep up with the new generation of hyper-scale applications. On the flip side, while computing demands are growing, energy demands are pulling in the opposite direction. Barring some unexpected breakthroughs, energy will become an increasingly precious commodity. Organizations are going to find that the amount of power it takes to provide a level of computing, which even approaches adequacy, yields an astronomical electric bill.

Further compounding the challenge, government and public sentiment will continue to place pressure on organizations to reduce their carbon footprint, and the White House’s plan to cut carbon emissions by 30% will no doubt tighten screws on technology managers to deliver savings. And, as data centers currently already account for about 1-2 percent of the world’s energy consumption, growing companies’ data strategies are going to be at the focus of much of this pressure.

Technology decision-makers, therefore, have little choice but to figure out ways to accomplish better performance with fewer resources. Consider the existing strategies for reducing energy consumption:

While these strategies ought to be pursued in order to reduce energy consumption, none of them addresses the need for increased performance. Fortunately, the most promising technology for achieving hyperscale performance — in-memory computing (IMC) — offers a way to do just that. The discussion of in-memory technology frequently focuses on the dramatic increases in processing speed and scalability it affords. However, one very big fact gets overlooked — IMC is also much, much more energy-efficient than traditional spinning disk-based processing.

In-memory computing uses a type of middleware software that enables you to store data in RAM, across a cluster of computers, and process it in parallel. When you take into account that RAM is roughly 5,000 times faster than traditional spinning disk, and add to that native support for parallel processing, you achieve processing that is, for lack of a better term, really, really fast. To give you an idea of how fast, in a recent proof-of-concept, a GridGain customer and one of the largest banks in Europe, was able to achieve 1 billion transactions per second on $25K worth of commodity hardware (the normal definition of “fast” would be no more than a few million transactions per second).

IMC yields energy efficiency in two ways. First, with IMC, you’re essentially skipping an energy-intensive step of accessing a mechanically spinning disk (HDD). Second, the fact that IMC achieves much greater performance and scalability than you’d see with traditional processing means that you’re processing as much as hundreds of times more data per watt.  Consider, for example, the previously mentioned figure of 1 billion transactions per second (tps) achieved on commodity hardware through IMC. If you factor total power consumption, that example achieved around 318K transactions/second/watt. By comparison, the Transaction Processing Performance Council rates top-performing database software at roughly 18K transactions/second/watt. That’s a 17.6x jump in efficiency owed to the use of an in-memory architecture.

In-Memory Technology goes on to decrease the data center footprint through basic economics. Spinning disks inevitably stop spinning, and when this happens they must be replaced. RAM on the other hand has a significantly longer shelf life, requiring less parts and materials to be produced over time. Likewise, compared to disk, RAM produces demonstrably less heat, reducing the need for energy-intensive methods of cooling down datacenters.

As of late, there has been considerable discussion pointing towards non-volatile solid state memory as the Holy Grail in efficient computing due to the promises of performance gain, less use of space and less use of power in the datacenter. The reality of course is that RAM is way more performant than Flash – allowing for hundreds of millions of data operations per second, and latencies in the nano- and picosecond range -, while consuming even less space and power than Flash storage. Therefore it should not come as a surprise that while Flash storage may play an interesting interim role in the storage world, RAM will be the true disruptor for the high-performance, low energy and space-optimized datacenter of the future.

Until recently, IMC was primarily only accessible to very well-funded organizations — large corporations, universities, international research projects, etc. In the past, RAM was expensive, and platforms required specialized expertise. However, the cost of RAM has fallen dramatically, from about $30K per GB to around $12 in the past 20 years. Furthermore, the introduction of several commercially-viable platforms has made IMC a viable option for organizations of all sizes. And, contrary to what you might think, leveraging IMC does not mean revamping your infrastructure. With the right approach, IMC can essentially be dropped into existing installations to achieve instant performance increase. This can be particularly beneficial when attempting to use Hadoop — which many organizations are increasingly adopting as a data store — for real-time analytics.

At this point, organizations are ingesting and generating more data than they can possibly process — but that needs to change if they’re going to gain the insight they need in an increasingly competitive business environment. Understanding customer behavior, and making the kind of correlations across broad data sets that are required to make strategic recommendations requires advanced computing techniques.

IMC is currently the only practical way to process and derive live action from streaming data for real-time decision-making — something most organizations struggle with. Accomplishing this with traditional processing would require an investment in infrastructure and a level of power consumption that is simply untenable. If strategically applied, it can dramatically streamline energy consumption, providing the performance capabilities required of 21st Century business, and at the same time laying the foundation for environmentally friendly computing.

However, simply adopting IMC will not necessarily guarantee more efficient energy usage. Generally speaking, the kind of performance improvements that have contributed to its recent rising demand are accomplished through software that has been built from the ground up to support in-memory processing. Solutions that have bolted on IMC capabilities will most likely yield performance that is not much better than traditional computing.