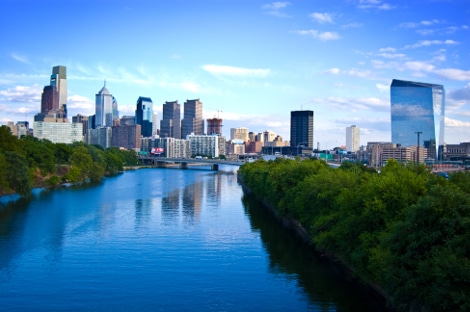 Data center standards of the future will include building up rather than out, with towering equipment racks and sky-high ceilings. Part of the change stems from improved wireless connections – bulky cables can often be shelved in favor of wireless connections, while higher cabinet densities require adaptive cooling methods. But evolving standards often leave companies wondering: is it really possible to future-proof the data center?

What is the first test in a future-proof crash course? Speed. Efforts like MIT’s Fastpass aim to create a “no-wait data center with latency of just 0.23 microseconds; fast enough that even massive upscaling won’t put a dent in data retrieval. Intelligence comes next: solutions like continuous modeling or computational fluid dynamics (CFD) can provide detailed, real-time metrics allowing IT executives to make decisions based on hard facts rather than gut feelings and server history.

Strength is also a critical chapter in future-proofing your data center standards. Right now, big companies like Facebook and Google are opting for “skinless” servers they can customize on an ad-hoc basis. This practice will likely come to smaller enterprises and even midsize businesses as the cost of server hardware decreases while the amount of viable software-defined architectures increases.

Hand-in-hand with going “skinless” is doing it together: buying servers and housing them in a common location to reap the benefits of shared power, cooling, and physical security systems. Colocation facilities are often on the leading edge of IT innovation owing to their focus on infrastructure rather than hardware investment.

But there’s another facet to future-proofing: sight. This benefit comes from taming “accidental” data centers – server racks and cabinets that don’t show up on official manifests and aren’t part of profit/loss projections but still consume resources, impact latency, and come with unexpected costs. According to GreenBiz, these accidental data centers often spring up when companies have more hardware than available space, forcing them to use conference rooms and closets never designed to hold this kind of machinery. The Natural Resources Defense Council notes this isn’t an isolated issue: they estimate that half (or more!) of all severs in the United States are “unmanaged”.

Here, future-proofing means cleaning up the data center. It starts with discovering how many ‘accidental’ severs exist and how much they’re running – often, an outside consultant with a fresh perspective is the best bet. Next is eliminating the possibility of hidden severs by moving hardware to a colocated or managed facility, somewhere IT professionals can see exactly what’s running, how much space they have, and pinpoint exactly when it’s time to upgrade. Simply put, sight makes right.

Want to future-proof your data center? Aim for the quadruple-S: speed, smarts, strength, and sight.