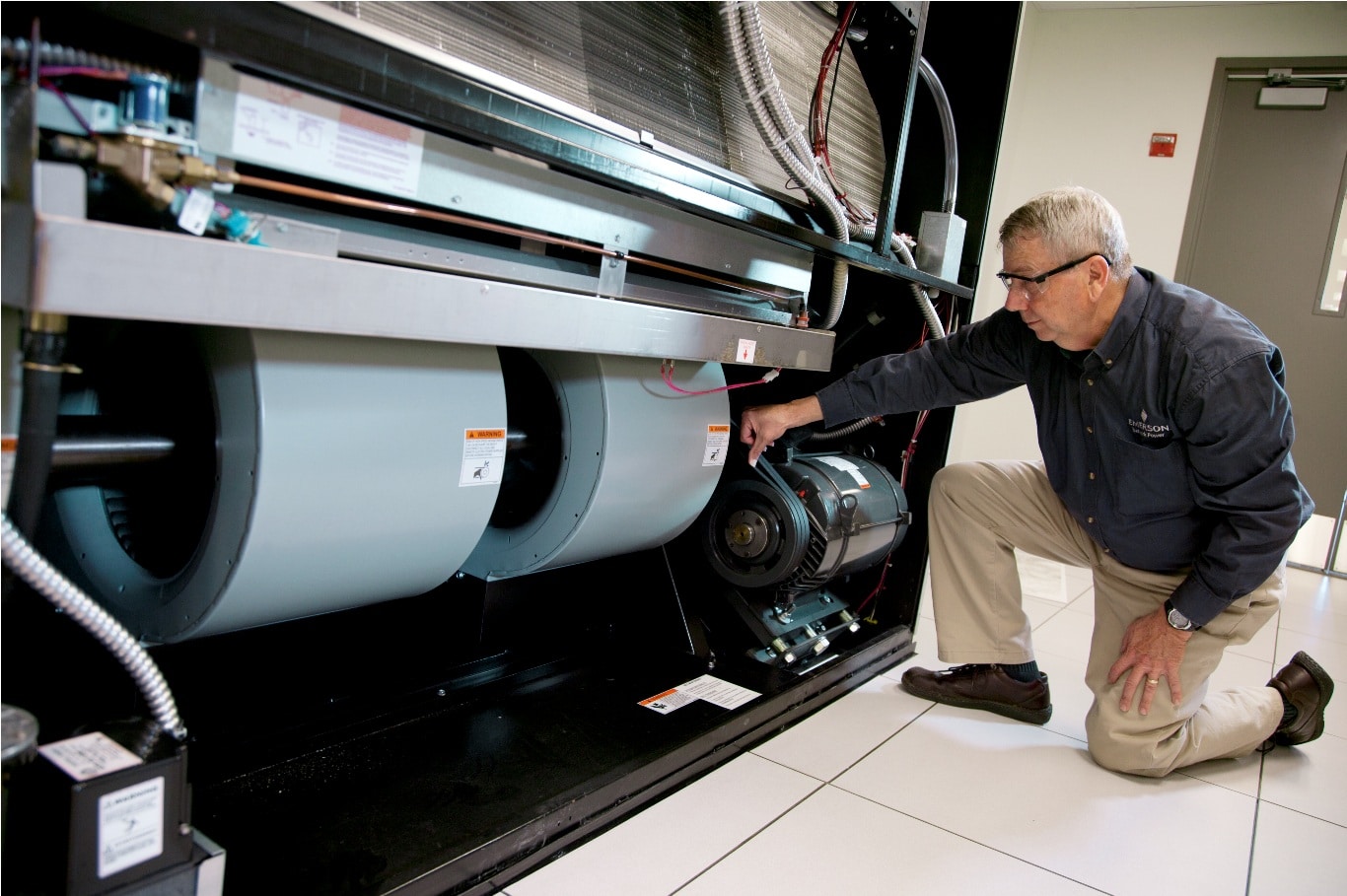 In my previous article entitled “Thermal Management: Realizing Efficiency without Compromising Availability,” I noted that cooling accounts for 38 percent of data center energy consumption, concluding that improvements to the cooling system will make the biggest impact on efficiency.

I also explained that taking a holistic approach to making improvements, starting with a professional cooling assessment, will allow you to make changes that provide many benefits including improvement in overall performance, availability and capacity; better return on investment (ROI); and improved decision making for future expansion.

In this second article of a three-part series, I will focus on cooling system fan improvements that can save fan energy consumption by as much as 76 percent – fan technology! This is important, because fans that move air and pressurize the data center’s raised floor are a significant component of cooling system energy use. In fact, on computer room air condition (CRAC) units, they are the biggest energy consumer.

The best approach to maximizing efficiency in a cooling system is to match needs with load requirements.

This is a challenge in the data center because cooling units are sized for peak demand which rarely occurs in most applications. To reduce energy consumption, cooling units can be equipped with technologies that enable them to operate more efficiently when not at peak load.

Variable speed drives (VSDs) and electrically commutated (EC) fans are two of these technologies. VSDs are also often referred to as variable frequency drives or VFDs. We’ll discuss why and how much these fans improve cooling efficiency and consider how to choose between the two options.

Fixed speed fans, both centrifugal and backward curved impeller (plug fan); have traditionally been used in precision cooling units. VSDs can be added to fixed speed fans, enabling the speed to be adjusted based on operating conditions—significantly improving energy efficiency. Adjusting fan speed to meet the changing load requirements is the most efficient method of control that allows for maximum savings at the fan while also impacting thermal efficiency.

Adding a VSD to the fan motor of a chilled-water precision cooling unit allows the fan’s speed and power draw to be reduced as load decreases, resulting in a dramatic impact on fan energy consumption. A 20 percent reduction in fan speed provides almost 50 percent savings in fan power consumption. However, VSDs are limited to reducing fan speed up to 80 percent because they are not efficient when operating near or at peak load.

Like VSDs, EC fans are more efficient at partial loads because less fan power is needed. However, unlike VSDs, EC fans save energy even when the cooling unit is at full load. EC fans use a brushless EC motor in a backward curved motorized impeller (plug fan). The EC motor is actually a direct current motor that can be connected to an alternating current supply line because there is a rectifier inside the motor drive. Speed control is achieved by varying the voltage direct current from zero to 10.

EC fans are inherently more efficient than traditional centrifugal fans because of their design and how they are integrated into the cooling unit. EC fans are direct drive and don’t have belts. This means there are no belt losses, which constitute approximately five percent of the fan’s total energy consumption.

Independent testing of EC fan energy consumption compared to VSD found that EC fans mounted inside the cooling unit created an 18 percent savings. With new units, fans can be located under the floor which could increase this savings.

The table below shows the results of independent analysis comparing the efficiency of centrifugal fans with VSD to EC fans mounted under the floor. The tests were conducted using a Liebert® CW chilled water precision cooling unit.

Choosing Between VSD and EC Fans

When determining which fan technology is right for you, there are both operational and investment/payback considerations.

The EC fan is the most efficient for reduced operating costs; saves energy even when the cooling unit is running fully loaded; and distributes air more evenly under the floor for more balanced cooling. Additional, EC fans have no fan belts that wear and have integrated motors that virtually eliminate fan dust thus requiring less maintenance. On the other hand, VSDs are suitable for ducted upflow cooling units which require higher static pressure. They also are easy to access and therefore require less time for performing preventive maintenance activities.

EC fans offer the lowest total cost of ownership over the lifetime of a unit. While it can cost 50 percent more, it offers overall reduced maintenance costs and greater energy savings. Additionally, EC fans provide better long-term ROI (between 7-10 years) due to greater energy costs savings. Alternatively, the VSD offers faster payback on your initial investment—fewer than 10 months when operated at 75 percent of full capacity.

If the shortest payback is your priority, then VSDs are more likely the better solution. If saving the greater amount of energy is your primary objective, the EC fan is the better solution. To know for sure, a cooling assessment will allow your service professional to gauge the impact on the data center of both VSDs and EC fans. The assessment provides all the information needed to allow you to make a decision that effectively meets your organization’s goals.

Ultimately, the best approach to achieving maximum cooling unit efficiency is having the original equipment manufacturer (OEM) service team, which has direct access to the engineering group who built the equipment and is specifically trained to optimize the performance of precision cooling systems, provide a factory-grade installation. Ideally, the OEM will also adjust set points to meet room requirements, as well as maintain the equipment over time as part of a holistic approach to improving energy efficiency.

Having a cooling assessment and utilizing fan technology are two important steps in developing a holistic thermal management approach, but the energy savings don’t have to stop there. Watch for the final article in this series on boosting energy efficiency by adding optimized intelligent controls.