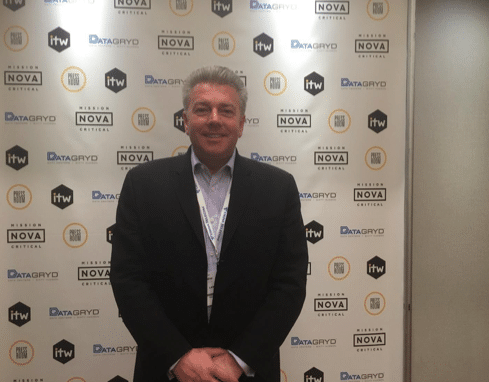 Data Center POST recently spoke with Phill Lawson-Shanks, EdgeConneX®’s Chief Architect and Vice President of Innovation. EdgeConneX is a global provider of data center solutions at the Edge of the network. During our interview, Phill filled us in on the meaning of the coined term “Edge Data Centers®,” as well as recent company developments and what EdgeConneX hopes to achieve in the near future.

Since late 2013, EdgeConneX has built 23 Edge Data Centers across the U.S., and is currently constructing six more in order to generate a new Edge of the Internet and extend its reach. The company is moving connectivity to where it is needed most – local markets closer to end-users across the country, and soon, around the world. Adding to their portfolio of Edge Data Centers, EdgeConneX has deployed more than 3,000 national Edge Wireless and Edge Point of Presence (PoP) locations, managing four million buildings, 14 million businesses, and 200,000 cell towers.

Mr. Lawson-Shanks explained how EdgeConneX has forever changed industry lexicon by coining and trademarking the term “Edge Data Center” nearly three years ago. Before the Edge, there were nine major peering points across the U.S. with most data centers built in close proximity, isolating the cloud and Internet to Tier 1 markets. As end-user needs evolved, it became increasingly difficult to keep up with the delivery of content, transactions and service exchanges in the cloud as a result of a latent network. In response to this challenge, EdgeConneX decided to shift focus.

Today, EdgeConneX is in the midst of a European expansion, launching its first regional Edge Data Center in Amsterdam, with plans to continue deployment throughout the continent into markets including Ireland, Italy, France, Austria, Germany, and the UK.

If you would like to learn more about EdgeConneX, please visit: http://www.edgeconnex.com/.