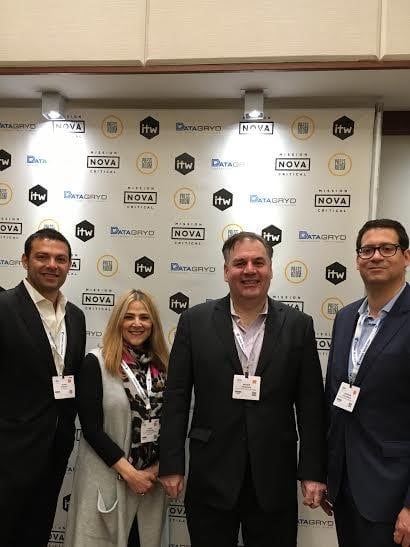 We discussed DataGryd’s new Core Cloud Core Ecology™ Solution (Cx2), how the company differentiates itself in the market, goals for this year and what they accomplished at ITW 2016 in Chicago.  With Cx2, burgeoning cloud providers can leverage fortified colocation facilities and custom suites to acquire turnkey space without any minimum deployment requirements.

“Cx2 is an offshoot of DataGryd’s data cloud ecology, which is an on-demand space for cloud providers to have a node but also, in a wholesale situation, be able to sell in New York City and expand their operations with minimal exposure,” Mr. Feldman said.

MegaSuite is another DataGryd product. The MegaSuite is a turnkey data center space with 180,000 square feet available, featuring technology-driven operational efficiencies that allow for a significantly reduced cost of entry and low cost per kW.

DataGryd has the largest data center footprint available in the space-constrained New York City market; it also features a high level of security as well as robust power and maximum efficiency by way of its MicroGryd Shell™ power and cooling infrastructure. The company has over 60,000 square feet of contiguous space, the equivalent of a full city block. It also operates the only data center in the Northeast that is directly connected to a public utility, creating less points of failure. Historically, the building has achieved 100% uptime in the wake of adverse events such as natural disasters and terrorist attacks.

The company’s goal for 2016 is to lease as much space as possible to customers. “We want to create the path for cloud providers to be able to grow in the most highly-dense, enterprise-rich environment in the world, so creating a true cloud core in New York City is the goal,” Mr. Sarkis stated.

At ITW this year, DataGryd launched their Cx2 product, which attracted great interest. The company also announced that it is instituting procedures necessary to shorten the sales cycle and is looking to deliver space to potential customers for their cloud products within four to six months.

“We want to be the go-to data center operator in New York City for the cloud product because we believe that this is the best product available, and even if companies have much larger data centers in the surrounding areas, this is an ideal advantage for them, and the key to their network and product line,” Mr. Feldman said.