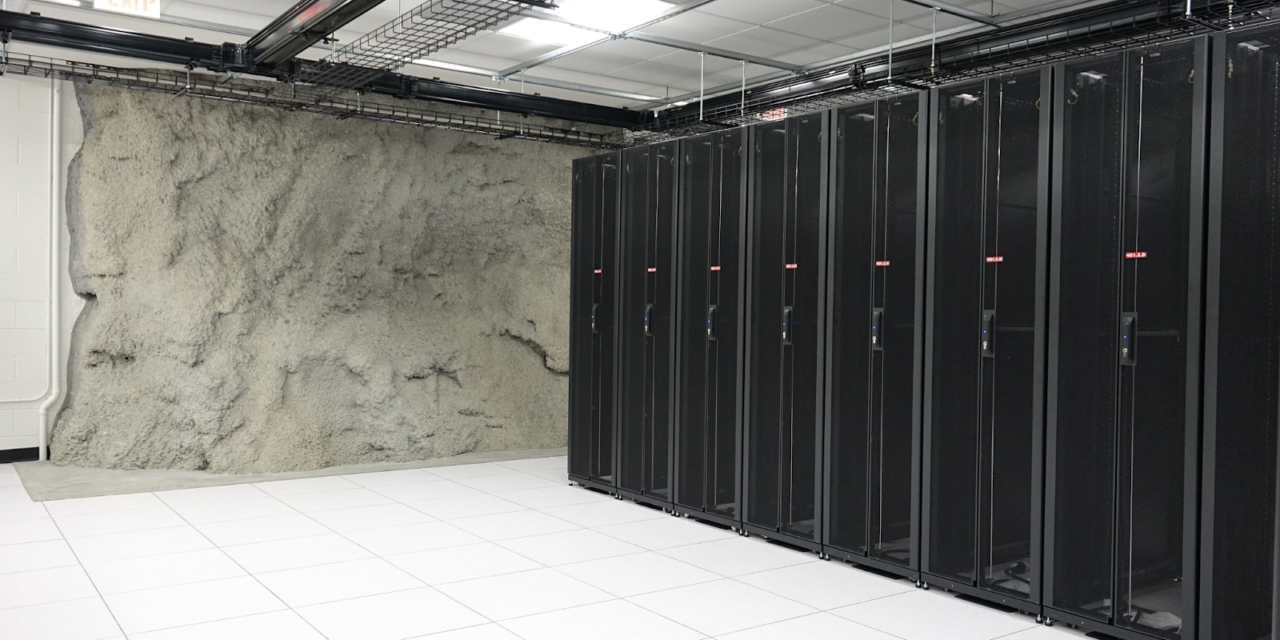 In order to keep pace with the digital demand, Bluebird Network expanded their underground data center by 11,500 square feet, adding additional white space to offer increased power capacity, and efficiencies and to enhance the facility’s value, reliability and capabilities. Todd Murren, General Manager of Bluebird’s Underground Data Center, is featured in Inside Data Centre podcast where he explores, more in depth, the benefits and complexities of having an underground facility.

Bluebird has two strategically-placed data centers poling north and south of their footprint in the Midwest. Located in Springfield, Missouri, the Underground Data Center is 85 feet under the earth’s surface and surrounded by solid limestone rock. The facility is highly secure and offers a consistent year-round environment to ensure mission-critical IT is protected and cooled 24 hours a day and seven days a week… The underground facility protects 100% of critical systems from extreme weather climates. Todd further explains the importance of an underground data center by asking the question, “Where are most of my critical organs for my body? They’re under my rib cage.” Todd continues, “And I need every one of those organs to work properly for me to continue on with my life. Same thing for the data center.”

Possible challenges for underground facilities are earthquakes, but Todd reassures there’s little worry about earthquake damage with the data center being surrounded by limestone rock creating resilience against earthquakes which usually “manifest themselves at the surface of the earth.”

Many want to understand the complexities of expanding a data center underground. The underground facility is located in an old mine with 150,000 square feet of expansion space. The existing structure makes it easier for Bluebird to expand its white space and extend their capabilities even further. According to Todd, what makes expanding underground more complex is constructing around irregular surfaces and the mechanics of expanding underground such as air intake and exhaust.