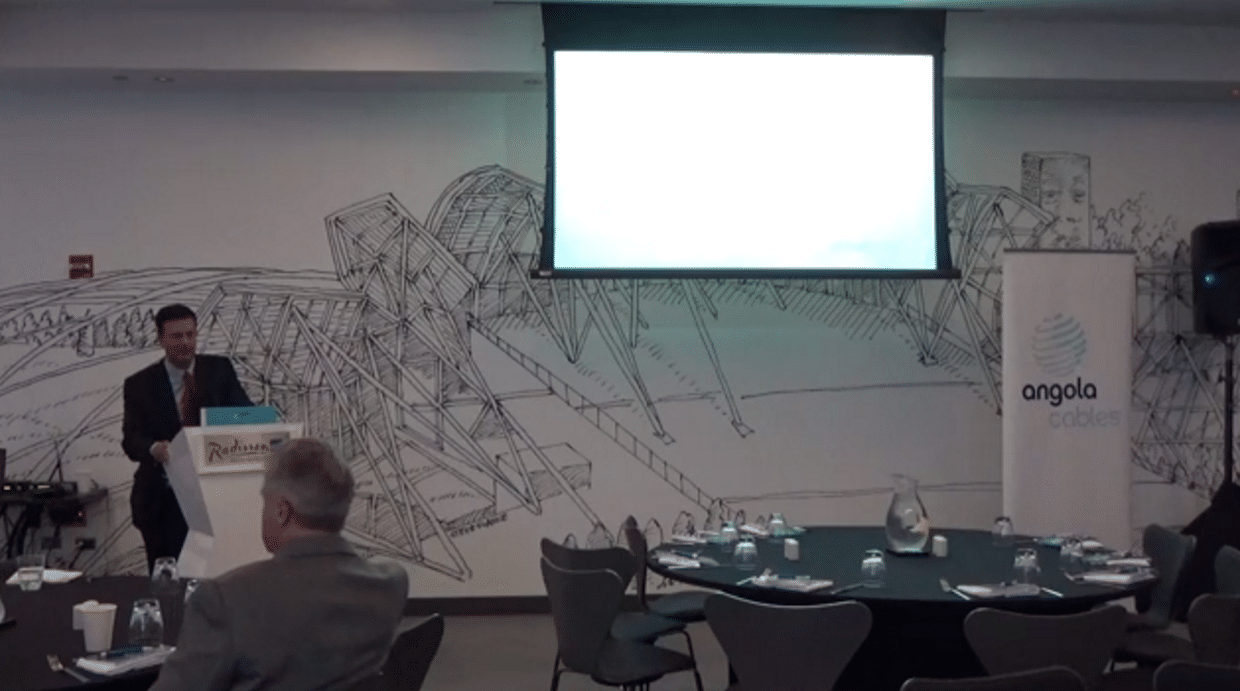 Angola Cables is currently in the midst of a 24-month plan to implement connectivity into Angonap via the South Atlantic Cable System (SACS).  As Mr. White explained, SACS is the premier transatlantic cable system connecting Africa to the Americas, with direct connectivity to the West Africa Cable System (WACS) and upcoming MONET cable system, which will consist of landing points in Boca Raton, FL; Fortaleza, Brazil; and Santos, Brazil. Angola Cables predicts that the construction of MONET will be completed by the end of this year with full operational status in 2017.

Angola Cables is responsible for the management of international transmission capacity to telecommunications operators, increasing interconnection between the company and the rest of the world while driving future industry growth with enhanced worldwide connectivity.

If you missed the breakfast during ITW, view the presentation video here.