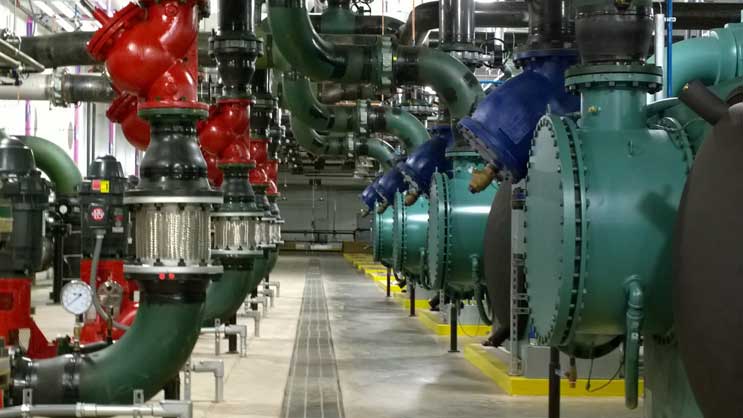 The cloud builders continue to lease massive chunks of data space, boosting the fortune of major data center developers. In the latest megadeal, DuPont Fabros Technology said this week that it has pre-leased 16 megawatts of space at its data center campus in Santa Clara, Calif., allowing the company to begin construction on the next phase of the massive project.

DuPont Fabros Technology (DFT), which specializes in selling wholesale “plug-n-play” data center suites to large users, also announced several large leases in Chicago and said it has acquired land in Hillsboro, Oregon for a potential expansion. The announcements boosted shares of DuPont Fabros by about 3 percent.

The deals continued a spectacular leasing run for DuPont Fabros, which had red-hot leasing in its home Northern Virginia market in late 2015. The company has leased 59 megawatts of space over the past two quarters.

The 16 megawatt lease in Santa Clara is one of the largest wholesale deals in the history of the data center industry, and illustrates the incredible pace of expansion for the largest hyperscale users. DFT said it expects to spend between $164 million and $170 million to build the expansion space.