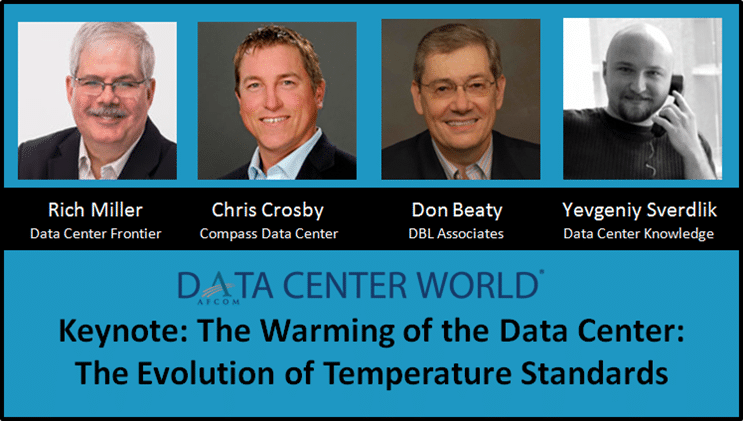 It is important to note that while closely followed by the industry, the TC9.9 data center temperature guidelines are only recommendations for the environmental operating ranges inside the data center, they are not a legal standard. ASHRAE also publishes many standards, such as 90.1 “Energy Standard for Buildings – Except for Low Rise Buildings” which is used as a reference and has been adopted by many state and local building departments. Prior to 2010, the 90.1 standard virtually exempted data centers. In 2010 the revised 90.1 standard included and mandated highly prescriptive methodologies for data center cooling systems. This concerned many data center designers and operators, especially the Internet and social media sites which utilized a wide variety of leading-edge cooling systems designed to minimize cooling energy. These designs broke with traditional data center cooling designs and could potentially conflict with the prescriptive requirements of 90.1, thus limiting rapidly developing innovations in the more advanced data center designs. We will examine 90.1 and 90.4 in more detail in the Standards section.

While the original version of PUE metric became more well known, it was criticized by some since “power” (kW) was an instantaneous measurement at a point in time, and some facilities claimed very low PUEs based on a power measurement made during the coldest day which minimized cooling energy. In 2011 it was updated to PUE version 2 (which is focused on annualized energy rather than power).
To read the full article, view it on the Data Center Frontier website here.