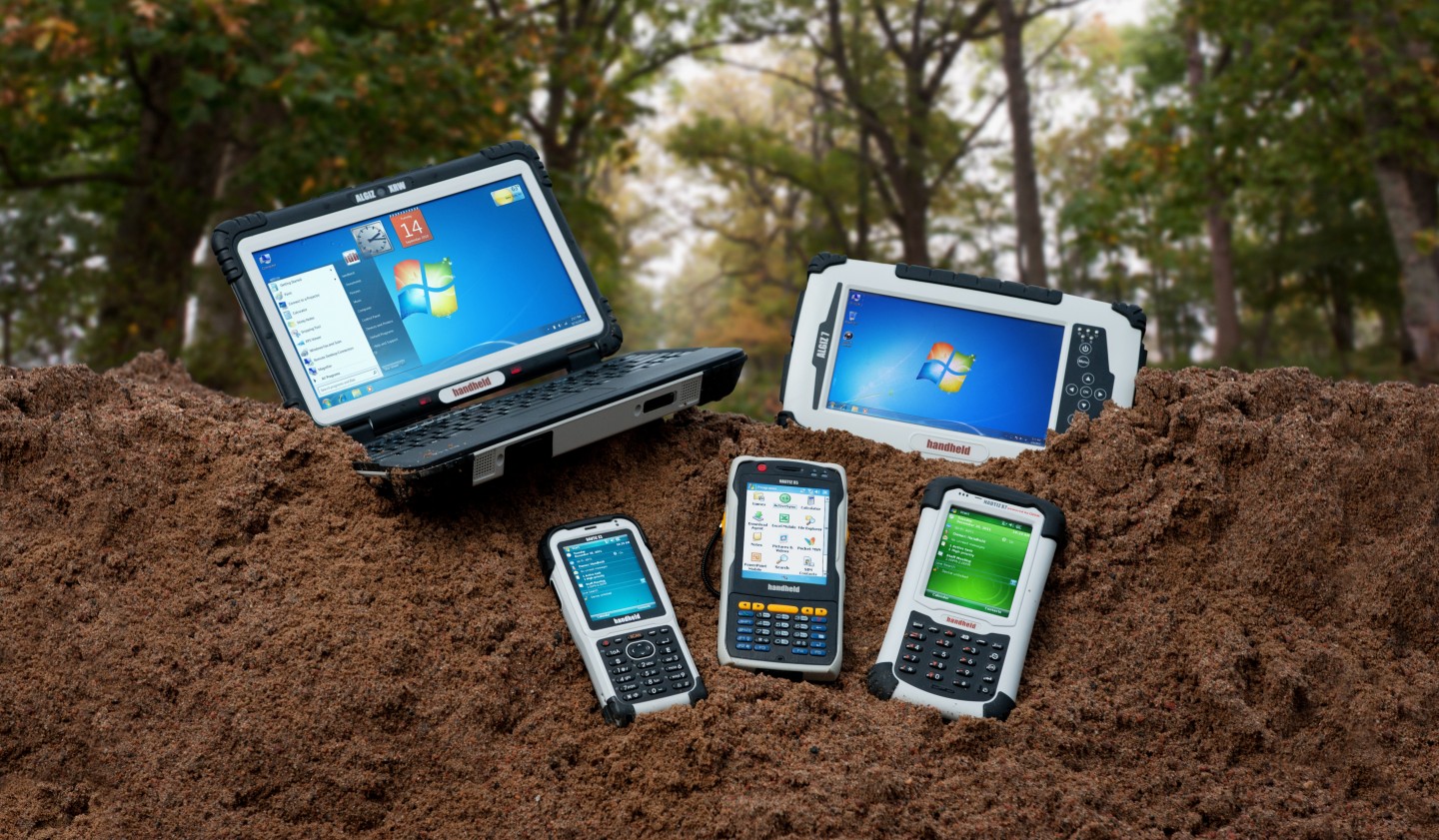 The large cell phone and computer manufacturers are increasingly launching smartphones and other mobile devices that are rugged, or rather “ruggedish”. Handheld’s founder and CEO Jerker Hellström takes a look at the reasons for this trend and where it might leave the traditional rugged computer makers. He also explains what rugged really means.

Many large mobile phone and computer makers are scrambling to make their devices more rugged, not only for field workers but also for the mass consumer market. For instance, it has been hard to not notice Sony’s strong promotion for its waterproof Xperia Z model, or Samsung’s recent launch of the waterproof and dustproof Galaxy X4 Active. Even your trusted and delicate iPhone can become water-resistant with one of the increasingly popular smartphone cases.

Before we jump to the conclusion that rugged laptops, tablets and smartphones have become mainstream, let me point out that most smartphones and mobile computers that are being sold are still not rugged in any aspect. Drop your ordinary smartphone in the water, or anywhere else for that matter, and you will most likely end up with a cracked display or a trip to the nearest phone shop for a new phone.

More importantly, the waterproof devices that cell phone makers launch are not truly rugged or ruggedized. Let us call them “ruggedish”. They might be waterproof but lack other aspects of ruggedness, like the ability to function well in low or high temperatures.

Let us briefly recap the definition of ruggedness:

So the traditional truly rugged segment of the mobile computer and smartphone market is growing and becoming more attractive to the mass market, and the mass producers of smartphones are manufacturing more ruggedish devices. We have a convergence here. Where will it leave the often small specialized rugged computer manufacturers?

Traditional truly rugged mobile computer manufacturers, companies like Itronix, Trimble and Handheld, have for decades been churning out truly rugged devices. Ruggedness is “in their DNA”, as they often claim. Are the large smartphone manufacturers now invading their domain?

I think not. On the contrary, I think that a new focus on consumers’ need for durable products will benefit the rugged mobile computer industry since they are best equipped to make truly rugged devices. The professional field worker will stick with the products from the specialist rugged mobile computer makers simply because the products are so much better – a ruggedish smartphone will not be able to handle the tough working environments that field workers experience.

For field professionals and their employers, there is also the question about reliability and the cost of downtime. They simply cannot afford to lose valuable productive time because of hardware malfunctions. If a rugged mobile computer is business critical, they will not choose a ruggedish computer.

Other reasons why the traditional rugged computer makers still have a strong position:

The trend towards more rugged computers is good for everyone. There is definitely room for the traditional cell phone manufacturers to offer more durable products the mass market. But the truly specialized rugged computer makers will still be best equipped to supply truly rugged computers to everyone.

Hellström is the founder and CEO of Handheld, a fast-growing manufacturer of rugged mobile computers, PDAs and smartphones. He is a pioneer and industry veteran in the mobile rugged computer industry. In both entrepreneurial and managerial positions, he has more than 25 years of experience from developing, designing, manufacturing and marketing rugged computers globally. Jerker´s educational background is in engineering and computer science.