Three Ways to Use Solar Energy for Data Centres 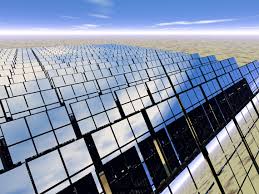 “Energy efficiency” is undoubtedly a watchword in the telecoms and data centre industry. Many ICT companies now have corporate social responsibility (CSR) programmes focussed specifically on reducing their data centres’ carbon footprints and every data centre operator wants to be able to promote the fact that their data centre is green.

Of course there are a number of ways of achieving this, including optimizing the floor plan, the insulation and cooling technologies, the data centre infrastructure management systems and of course, using clean renewable energy sources such as wind and solar power. And it is the solar element that I want to talk a little more about here.

1.    Buying solar power from a nearby utility

Some large data centre operators, such as Google, have made long-term financial commitments to buying renewable energy from green energy providers in the same grid regions as their data centres.

Regardless of whether local utility companies can provide the data centre’s entire power requirement from renewable sources, it is certainly a step in the right direction as it not only reduces the data centre’s carbon footprint but also supports long-term investment in solar power generation by the utility company – a win for all concerned.

2.    Building a local solar farm as a partial energy source

Unfortunately there are still relatively few electricity providers around the world that generate significant quantities of solar power, so depending on where your data centre is located, option one (above) may actually not be an option at all.

However, that does not mean that solar power cannot still be used. On the contrary, building a smaller, local solar farm as a dedicated partial energy source can be a viable option for some data centre operators. As the solar energy produced here is always consumed directly in the data centre, there is no need for added battery storage or more frequent battery replacement. This significantly improves the business case to build a local solar farm, and it improves yet further in areas where either the price of grid power is high or the grid is unreliable, resulting in significant use of costly diesel gensets in order to keep the data centre live.

An interesting development here is the introduction of DC-powered servers. This will eliminate the need to convert solar-generated DC power to the AC power used by most servers today and thus reduce both initial capital expenditure as well as on-going DC to AC power conversion losses in the system.

This said, even if the data centre itself is optimised to use DC power, the amount of real estate available for solar panels at many data centre sites will still likely be a limiting factor and the solar farm may only be able to generate a small percentage of the total energy required. Even so, the use of solar power generated in this way will still make an extremely valuable contribution to an operator’s green CSR story and in areas where energy costs are particularly high the business case for a small local solar farm can be very strong. This is particularly true for a prefabricated data centre (such as Flexenclosure’s eCentre) that can be optimised to host solar panels and effectively harvest solar energy.

3.    Building a local solar farm as the primary energy source

As mentioned above, available land for the installation of solar panels is likely to be a significant limiting factor even when establishing a local solar farm as a partial energy source. This challenge then grows if it is to be used as the primary energy source. In recent years, solar panel efficiency has improved significantly, but even in tropical conditions with very good solar insolation you would still need (roughly) a 39kW solar array – nearly 260 sqm – to support a single IT rack with a 5kW load. So even for a relatively small data centre with only 10 racks, you would need an area of 2,600 sqm just for solar panels.

Even if the real estate was available to install a large enough solar array, solar energy is of course only available to be collected for a limited number of hours per day (if at all on cloudy days). For the remaining time the power would need to be stored in potentially enormous and extremely costly battery banks – a capital expenditure pill that most data centre operators would simply not swallow.

Added to this, in typical data centres the battery is always kept in float charge, meaning on standby and used only for emergency backup purposes. But batteries that are used in solar applications are regularly charged and discharged. This will reduce their lifetime and they would need to be replaced every three to five years depending on the type of battery used – an operating expenditure issue to add to the capital expenditure issue above.

So at first glance it looks as if using solar energy as the primary source of power for a data centre is simply not viable – at least not with the technology available today.

However, there is an exception…  a positive business case can be made for solar as the primary energy source for remote micro data centres in areas where there is no electricity grid and diesel power is the only option. This emerging market can be effectively served by hybrid solar power systems (such as Flexenclosure’s eSite).

As solar technology continues to be improved; battery efficiency and lifetime increase; and component prices continue to drop, the overall business case for solar powered data centres will undoubtedly strengthen over time. Notwithstanding the options of buying in solar-generated power from a local provider or establishing a small solar farm as a partial energy source, “solar” and “data centre” are not truly synonymous today and there are many other ways to make your data centre “green” without needing to use solar power. But times are changing and solar energy will undoubtedly have a central role in many data centres in the not too distant future.