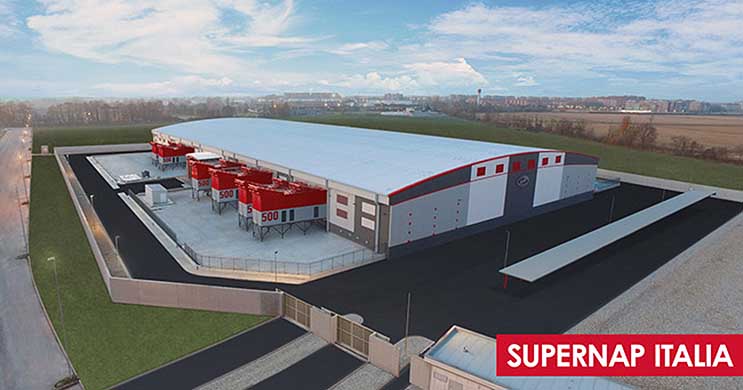 Milan has long been renowned as a center for innovative design. That trend now applies to the data center as well as the runway.

Last week’s opening of the SUPERNAP Italia is the first deployment outside of Las Vegas for the advanced data center designs developed by Switch CEO Rob Roy. Until now, those designs have been seen only on the SUPERNAP campus in Las Vegas, which is the world’s largest cloud campus with more than 1.4 million square feet of data center space.

That is changing quickly. Switch is in the late stages of development on two huge new campuses in Reno, Nevada and Grad Rapid, Michigan. Meanwhile, SUPERNAP International has opened the project near Milan and is progressing on a second international data center near Bangkok, Thailand.

The rapid addition of multiple SUPERNAP projects is enabled by a global design template, which uses pre-fabricated modular components to create a data center that can operate effectively in any climate. Roy describes this design, introduced at SUPERNAP 8 in 2014, as the “end game” for his vision for a versatile, scalable design.