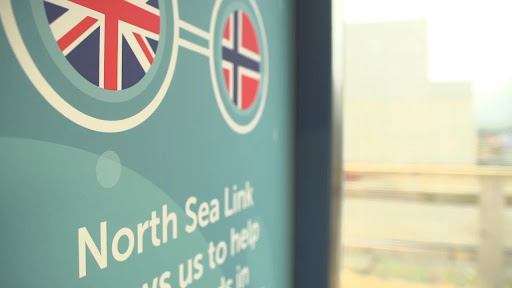 But that same energy continues to provide the whole world with low-carbon data storage.

Earlier this week, the world’s longest sub-sea power cable entered service. International linkups between power grids are key to the world’s renewable future, as they present an antidote to intermittency. If it’s windy in Britain, surplus power can find its way to Norway. On still days to the south, Norway’s hydropower can supply British homes and businesses.

Though the United Kingdom is forging ahead with wind power and continues to issue large-scale permits for the development of both on- and off-shore facilities, it is still a way behind its northern neighbor when it comes to overall renewable-energy capacity. Recent energy-price spikes have shown just how dependent the country is on gas to provide baseline power. Contrast this with Norway, where fully 98% of the grid transmits renewable power, and additional baseline security comes from links primarily with Sweden, but also northern continental Europe.

The North Sea Link runs over 450 miles, which is an impressive distance, but it is no match for the global reach that Norway’s data centers, like those run by Bulk, manage to achieve. In effect, these make the country’s impressive sustainability credentials accessible to global markets.

Storing data in Norway allows companies around the world to minimize so-called Scope Three emissions. These are emissions that feature in the value chain but are not produced by activities or assets directly owned by a business. “As-a-service” business models are becoming ever-more prevalent, so Scope Three emissions now constitute an increasingly significant proportion of commercial carbon budgets.

But it’s not just that Norway’s power is green and clean. It’s also cheap—partly because it’s made using long-established renewable capacity, but also because it’s plentiful. The country produces just under 140 TwH a year. With current installed capacity and the addition of new small-scale generation, that figure could rise by up to 40 TwH (an amount worth around £2bn at current futures-market prices). Come 2030, permits will once again be issued for offshore wind-power—though it would obviously be advantageous if Norway’s new governing coalition could bring forward that date.

Norway is not immune to price rises, but the starting point is comparatively very low. This year, because of the post-lockdown economic rebound and particularly low wind in continental Europe, consumers and SMEs in southern regions of the country saw rates more typical of winter during the summer months. Large industrial players were largely unaffected, as they typically pre-purchase their power at mid-market rates.

Both consumers and industry will be further shielded in the future by plans in Norway to build hydrogen production and large-scale hydrogen storage facilities. These, rather like hydropower reservoirs, will act like batteries. They will store large amounts of (potential) electrical power, ready for use almost instantaneously.

Contrast this with the British and wider European situation, where high reliance on fossil fuels locks many countries into an inevitability more volatile energy-pricing structure. Germany has the highest energy prices in Europe, which is quite a setback for a high-technology country whose incoming government is fully aware of the need to upgrade digital infrastructure and capacity.

Of course, every government around the world wants to reduce power-price vulnerability, but it will take time. An amount of time that could prove needlessly costly for many businesses relying on data services, especially when there are cost-effective solutions already available in Norway and other Scandinavian countries.

Still, this common urge is yet another example of the reality of industrial economics in the climate-change age: the right thing to do, which is to shift rapidly away from fossil-fuel power bases, is also the most economic option. While Norway and other Scandinavian countries have natural-resource advantages that permit the ready availability of renewable power, other countries can and should take advantage of their own specific renewable resources.

But for now, Norway and the Nordics are the prime location for clean, stable, plentiful and affordable power—and for the provision of similarly advantageous data-storage services.