The Future of the Industry Lies at the Edge 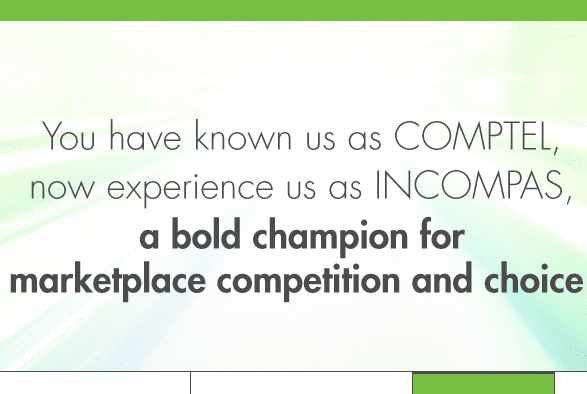 INCOMPAS™, formerly known as COMPTEL, recently held a CEO panel discussion at its Fall Business Expo in San Francisco, which brought together more than 1,500 attendees for four days of education and deal-making., Chip Pickering, the panel moderator and organization’s Chief Executive Officer, welcomed Randy Brouckman, CEO of EdgeConneX®, who joined Chris Ancell of XO Communications, and Laura Thomas of TNCI, to share insights on the future of competition in the data center, Over-the-Top (OTT), cloud, Unified Communications (UC), and networking subsectors.

“We were fortunate to see a little before it happened, the fact that Over-the-Top wasn’t a fad, but that it would truly change the way people consumed everything,” Mr. Brouckman said, in describing the origin of EdgeConneX’s vision. He pointed to the marketplace demands of the ecosystem and, in particular, “The Internet of Everything which requires the Internet of Everywhere,” that is responsible for his company’s aggressive expansion. In fact, between July 2013 and August 2015, EdgeConneX built 23 Edge Data Centers® that are now live in the U.S. That speed-of-light pace is approximately one facility per month.

However, as Brouckman pointed out, a few short years ago no one anticipated just how much traffic the surge in video and OTT content would yield, and how much content would be consumed. No one, perhaps, except Netflix. Today, industry observers predict that traffic will only increase in the years to come. We are on the verge of a yottabyte of data traversing our networks by 2030. A yottabyte, for those unfamiliar with the metric, is one septillion bytes. To put that in perspective, to store a yottabyte of data you would need a data center as big as the states of Delaware and Rhode Island combined, and at the cost of a cool $100 trillion.

On the subject of cost, Brouckman said that Edge® Data Centers require considerable investment but that commitments of 20-year leases from customers before construction eased the burden and exempted them from the risks of speculative builds. “These are not your grandfather’s Oldsmobile data centers,” he further elaborated, “but are designed with five-to-six times the power density per rack than your typical data center,” for the reason that companies today are requiring higher power densities than ever before.”

As much as power density is important, ‘location, location, location’ is the critical element of his company’s overarching strategy. Edge Data Centers are “located where it’s optimal for the content, the cloud, or the security [solution]. Not where the land is cheaper or it’s better for the data center, but where it’s best for the network,” he said. “We bring the content to where the eyeballs are located, rather than the eyeballs chasing the content.”

Mr. Brouckman also noted that the world’s peering points are limited, and that the Internet was built for email, not the type of bandwidth-intensive, high-quality content delivery that end-users have now come to expect in their living rooms and offices, on-demand, and without buffering or jitter. He believes companies need peering locally in order to deliver content to the end-user and therefore require presence as close to the consumption of it as possible. Hence, EdgeConneX’s position is that peering is needed in every market.

“The days of telco-grade colo are gone,” Brouckman stated, in pointing to customer’s content delivery services at the edge of the network, and purpose-built Edge Data Centers that are designed and deployed in conjunction with customers to ensure the most efficient placement of their content delivery infrastructure.