Recently at PTC’18 in Honolulu, Hawaii, Hunter Newby, principal of Newby Ventures, gave an interview during which he described the genesis of 1025Connect and the idea of circumventing the potential network congestion and failure points of Manhattan. Hunter also talked about interconnecting terrestrial and subsea fiber routes to provide customers with the ability to leverage additional capacity for low-latency delivery of bandwidth-intensive data.

“Back in my days at Telx and being successful at bringing all these networks into 60 Hudson, my biggest concern would be that we would create the largest single point of failure on the Eastern Seaboard,” Hunter stated. “I thought it was important to create a mid-span meet-point, at least on the Island to start. That’s where the idea of 1025Connect came from, and that was 11 years ago.”

The recently announced construction of a passive, unrepeatered connection between 1025Connect, New Jersey Fiber Exchange (NJFX) and Crosslake Fibre will provide customers with a better way to connect via the WALL-LI subsea cable system. The 60-mile subsea cable will offer a low-latency direct connection between the 1025Connect data center in Westbury, New York on Long Island and the NJFX colocation facility in Wall, New Jersey.

Most importantly, this new cable system will offer customers a new, direct route between the two major transatlantic interconnectivity hubs located at what is known as the Continental Edge. As Hunter explained, this creates a new eastern bypass route of Manhattan that provides greater diversity and resiliency when moving bulk subsea transport between Europe and Latin America from the New York-New Jersey metro area. 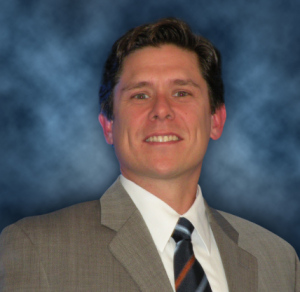 Hunter also addressed the importance of next-generation, transatlantic subsea cable systems, including Aqua Comms’ America-Europe Connect-1 (AEC-1) and America Europe Connect-2 (AEC-2), whose infrastructure network services will be delivered to and from modern, high-reliability, carrier-neutral interconnection points at 1025Connect and NJFX at a time when legacy submarine cables are nearing end-of-life.

“I think the biggest shift we’ve seen in the subsea cable industry is that the wholesale telecoms capacity business has fundamentally changed and the network operators that are financially underwriting the construction of these new systems are OTTs,” Hunter commented. “Aqua Comms plays an important, critical role both with AEC-1 coming into 1025Connect and AEC-2 coming into NJFX. They will be accessible at both facilities and that’s the new, modern next-generation system. Some of the older systems have limited capacity and cost structures, and these systems also backhaul into New York City and there are additional costs associated with that.”

Hunter also talked further about the current state of the subsea cable industry, the purpose of content providers in building new systems, and the interplay of submarine cables and carrier-neutral interconnection points such as 1025Connect.

“The content providers aren’t necessarily telecom operators in the traditional sense because they’re not selling network services, they’re creating the systems for themselves for their own control and consumption,” Hunter stated. “The attachment or association of a service provider of lit capacity or spectrum, or even dark fiber pairs in the case of Aqua Comms in the North Atlantic is a really important role. We’re very honored that they see the benefit of the facilities and the role that the facilities play in complementing the new systems.”

Hunter will be the master of ceremonies at the upcoming cnX reloaded and digital2day event, taking place March 7-8, 2018, in Frankfurt am Main, Germany. 1025Connect is the co-organizer and a principal sponsor of the conference where Hunter will participate on the roundtable discussion, “The Value of Interconnection,” alongside industry experts from DE-CIX and others.