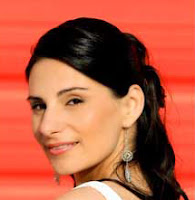 – Zohar Karni, Director of Marketing at QualiSystems (www.qualisystems.com), says:
As technology evolves at a mind-boggling speed, and as data grows exponentially, enterprises require services from larger, faster and more complex data centers. This is good news for the data center providers that are establishing their position as critical providers in today’s marketplace. But on top of the many challenges tackled by these providers facing the need to rapidly deploy new services while controlling operational and capital costs, guaranteeing service quality by constantly testing their infrastructure becomes a massive issue to consider.
Testing and validation of the ever-evolving data center infrastructure is critical to guarantee smooth performance and up-to-date support. At the same time there is a need to validate the interoperability of multiple new devices before their implementation in the production environment. The necessity to support many advanced technologies and devices such as storage servers, virtualized machines, FC/FCoE switches, top of the rack switches, new 40/100 gigabit ports, management/monitoring software and more, is becoming a critical challenge as many setup and provisioning efforts are required. Add to that the need to control a large variety of traffic emulation software provided by multiple vendors results in a serious burden on the testing and validation teams.
Lack of management and sharing of the escalating number of devices in the infrastructure, with the increasing energy costs wasted on power consumption in the testing environment lead to a steep increase in expenses. But it doesn’t end here. The data center cloud becomes even gloomier when the infrastructure teams finally move beyond the setup phase, and reach the actual testing phase where they find themselves flooded with test results and data that need to be aggregated and analyzed, risking the capability to release services on time.
These growing challenges push data center infrastructure teams to find pain-reliving solutions for testing. One of the innovative offerings available is TestShell software by QualiSystems. QualiSystems operates globally out of the Bay area and has invested the last eight years developing test automation software solution. The TestShell framework is enterprise software for test and lab automation, targeted for network, data center and cloud infrastructures testing. The solution is designed to allow test and infrastructure teams to maintain high-quality services while being more cost-effective over time.
To address the crucial demand to minimize manual and repetitive tasks in order to effectively manage the rapid data center expansion, TestShell’s user-friendly features allow network, storage and test engineers to easily adapt to the dynamic data center testing environment. With a flowchart-based test authoring tool, users can automate a large range of test scenarios to simulate multiple iterations and massive network traffic by many users prior to deployment. The framework simplifies management of the infrastructure through vendor-agnostic integration and central control of all test equipment, devices and technologies in the environment. Utilization of costly network equipment is measured and increased by allowing advanced sharing capabilities between users and across sites. The different components that must interoperate – computing, services, storage and networking – are each tested individually and in concert to assure performance, stability, security, QoE and QoS.
TestShell addresses the data center testing team need to know that when required, the infrastructure would be interoperable and the frequent demand to change or update it will not affect serviceability and uptime. The built-in capability to automate creation and tear-down device configurations and routes 24/7, while reaching “every corner” of the data center, allow the engineers to handle any change in a well-constructed manner.

Being able to help data center providers reach complete end to end testing coverage of the infrastructure while performing network simulation testing, switch performance validation, server-to-server traffic testing, virtual environment testing, protocol emulation testing as well as power, load and stress testing – all through one unified framework, is priceless. Specifically today, as new technologies and equipment are introduced on a daily basis, which makes the infrastructure teams task crucial and impossible at the same time.