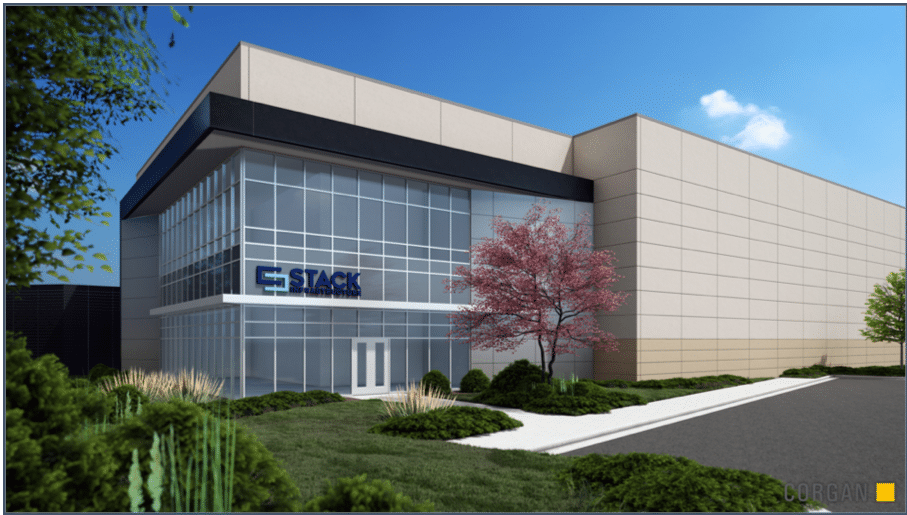 STACK INFRASTRUCTURE, the digital infrastructure company built to help the globe’s most innovative enterprises change the world, recently announced plans for an expansion of its data center campus in Atlanta. STACK intends to break ground on a new two-story, 12MW data center on a recently acquired 6-acre land parcel that is adjacent to the Company’s existing facility in Alpharetta, Georgia. This land purchase and subsequent development is bringing STACK’s total critical capacity in Atlanta to 20MW.

This strategic acquisition and build in Atlanta represents the most recent out of a total of six expansion projects, all of which have been announced over the last twelve months. Collectively, these developments will add more than 400MW of critical capacity to STACK’s portfolio across key markets. Previous announcements have included plans for a 125-acre hyperscale data center campus in Prince William County, Virginia, a 32MW data center on its campus in San Jose, California and an acquisition of a purpose-built, Tier 3 data center in the new market of New Albany, Ohio. Among these previously announced expansion plans are also an 80+MW Portland data center campus expansion and a 20+MW, multi-story data center adjacent to its existing facility in Chicago.

“The City of Alpharetta is excited about this new investment STACK INFRASTRUCTURE is making to expand their footprint in our community,” comments Jim Galvin, Mayor of the City of Alpharetta. “Critical infrastructure is more important than ever before in today’s business climate, so we look forward to working with STACK as they adapt and compete in a rapidly changing marketplace.”

“STACK’s expansion strategy continues to be driven by the needs of our clients, and this is another example of our commitment to establishing strong footholds with room for growth and campus economics in their most important markets,” said Matt VanderZanden, Chief Strategy Officer of STACK. “STACK is experiencing outsized demand in Atlanta based on the favorable business climate, low overall operating costs, and robust infrastructure. The expansion of our campus will enable us to help our clients further anchor their presence in the Southeast.”