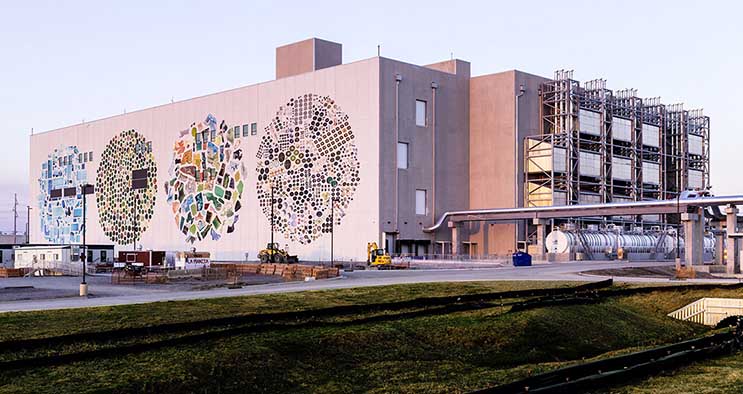 The explosive growth of cloud computing has prompted Google to rethink how it constructs its data centers. To boost its cloud capacity, Google is going vertical with its server farms, shifting from a single-story design to four-story data centers.

The taller facilities allow Google to pack more servers into the same real estate footprint, providing more bang for its buck on each of its huge cloud campuses.

“In many of our campuses we’ve been doing multi-story buildings,” said Joe Kava, Vice President for Data Center Operations at Google. “The new facility in Mayes County, Oklahoma is four stories, and our most recent building in Iowa is also four stories.”

Design innovation is a critical piece of the cloud computing arms race, which is being waged with data centers. The new server farm design continues a major expansion of data center capacity at Google, which just announced plans to add 12 new compute regions for Google Cloud Platform over the next year.