SaaS Data: Breaking Down the Barriers 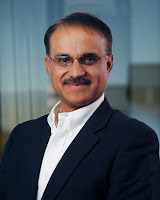 A popular game, now modernized via Facebook, is Where in the World is Carmen Sandiego?  You might ask the same of your SaaS data. Where is all that highly valuable SaaS data when I need it?  It’s in the cloud but the traditional approaches to SaaS data access have made it difficult, and time consuming to retrieve, and most importantly, to use the data in up-to-the-minute analytics reporting
The traditional approaches to data access have been the all-too-familiar copy-and-paste CSV file shuffle, data synchronization or data warehousing.  We’re all familiar with the CSV shuffle -usually carried out as part of a last minute dash to get a report delivered.
After the CSV shuffle, data synchronization has been the prevalent means of managing demand for SaaS data visibility. As the term suggests, it’s designed to keep data replicated across various applications.  It involves moving data between two applications, such as adding an account to NetSuite when a Salesforce lead closes. However, this approach has limited utility for business intelligence and analytics since it limits the data available for reporting and analytics.
Data warehousing enables businesses to replicate SaaS data by moving it from the cloud into an on-premise data warehouse, allowing users to build reports and analyze data using their preferred reporting or BI tool.   The downside is you still have the challenges of maintaining the warehouse, designing schemas for integrating data from various sources, and ensuring freshness of the information.

Without question, on-premise data warehousing is the most expensive, and time-consuming method of SaaS data integration.  It requires significant investment in hardware, software and IT personnel.  Even data synchronization can quickly become a major IT project requiring weeks or months to implement, without providing the flexibility to analyze and report on the data.
To take these SaaS data access issues for reporting and analytics into the cloud computing era, we propose the concept of cloud data virtualization whose foundation lies in standards based, relational database technology.  Cloud data virtualization frees you from reliance on data synchronization and on-premise data warehousing.
Cloud data virtualization works by creating a virtual view of data across multiple SaaS applications that appear to a user as a single  table from which they can instantly create reports and analyze data in their own preferred reporting and BI tools. No longer do users have to implement data warehousing or data synchronization projects that take weeks or months; instead, with Cloud data virtualization they get access to their virtualized SaaS data in minutes!
A virtual table differs from a real data table in that the virtual table contains “pointers” (called metadata) to where the real data is located.  So when a report or dashboard is generated using a virtual table, the cloud data virtualization technology retrieves data from where it resides – in the source SaaS applications – so it’s always the latest, freshest view.
Cloud data virtualization works by using standard SQL, the language of relational database technology, to translate the incoming SQL statements from a reporting tools like Excel, Tableau, Jaspersoft, Crystal Reports, MicroStrategy, in fact any ODBC or JDBC capable tool, into the language and functionality of the underlying SaaS application.  Think of it as a language ‘bridge’ from your reporting and BI tools to your SaaS application data.  This eliminates the time consuming, and costly exercise of having to build or purchase custom connectors and move data to a separate location.
With the SaaS data access problem solved, cloud data virtualization offers up the significant benefit of being able to access SaaS data from where it resides in the cloud and build virtual views of data, saving you the interim steps of moving data around your applications or into a data warehouse.  The data stays where it is, and can be pulled right into reports from any number of popular SaaS applications such as Intacct, NetSuite, Zuora, Salesforce or Zendesk.  It gives business intelligence professionals the ability to combine data from disparate sources, in real time – an ability that did not exist before cloud data virtualization.  The reports therefore provide fresh data and are achieved without cumbersome interim steps.
The cloud houses data that has been underutilized due to the historical roadblocks caused by difficulty of accessing the underlying data.  Add to that the high cost of data synchronization and data warehousing and you can see why SaaS data has not been leveraged to the fullest extent.  With cloud data virtualization, the data can remain in the cloud, yet be accessed in real time, saving IT costs and enabling more powerful analysis.