The Realities of Disaster Preparedness 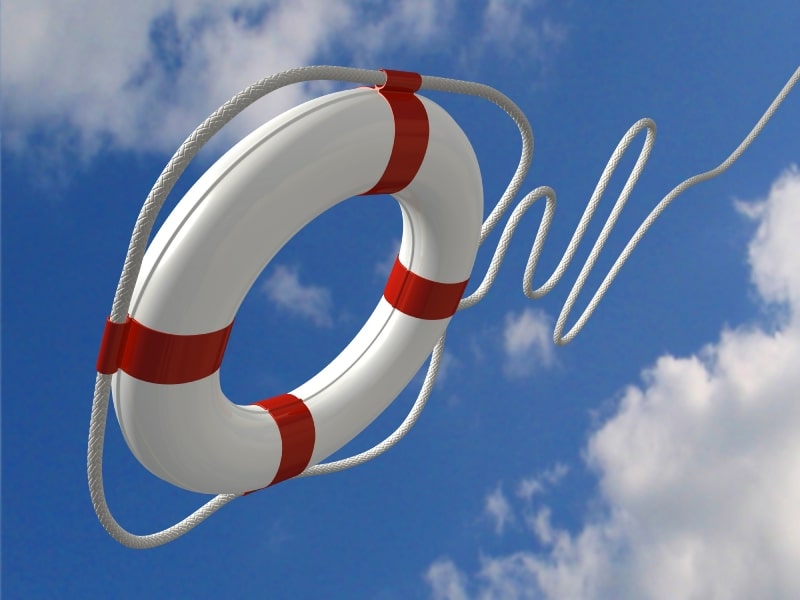 Imagine you are the CEO of a B2B marketing company. Business has been great—but then the unexpected happens.

All of a sudden, a fire breaks out in your office, you are unable to extinguish it quickly and your small data closet is destroyed. No one in the building was seriously injured, but your CIO needs to get treated at the hospital for complications stemming from smoke inhalation. Gradually, your phones start ringing and you know your email inbox would be flooded (if your email server was working) as your customers are frustrated by the fact that your systems are down and they can’t do business without support from your company.

You expect customers to be forgiving because there was a disaster.  Unfortunately, because the fire is a localized disaster only affecting your organization, they are not too sympathetic to your situation— because their customers aren’t going to forgive them.

Luckily, you have a disaster recovery plan in place—all of your data is backed up in the cloud. But you have yet to test it, and it turns out that your CIO is the only one in your company who knows the passwords to that data. Even then, it’s just raw data with no systems on which to run the applications to access it. Those now need to be rented or purchased, and the software licensing keys are in the CIO’s accounts online with the software providers.

All of a sudden you have that sinking feeling that it is going to be days—or even weeks—before your company is back online.

But by employing a best-in-class disaster recovery solution—one that is testable and easy to execute—business owners are able to navigate the unfamiliar waters that appear in the aftermath of a disaster with ease.

In the case of a widespread disaster like Hurricane Sandy, customers are generally understanding because it is easy for them to see the results, and on occasion they experience the aftermath themselves. On the other hand, localized disasters—like the fire in the aforementioned example—can be arguably worse. When such disasters occur, your customers and competitors are likely unaffected so they have no expectation that your systems will be down. We would like to believe they would be sympathetic, but that sentiment will only last so long.

In either case, such disasters are unpredictable and unavoidable.

“A very high percentage of businesses don’t have good disaster recovery plans in place,” explains Erik Levitt, CEO of Open Data Centers. “Many businesses that have a regulatory or fiduciary responsibility to have a plan do have them in place, but may not necessarily have one that works.”

Recent research indicates that when companies do test their disaster recovery plans, 70 percent of them don’t pass their own tests. Because medium-sized businesses stand to lose an average of $12,500 per hour of downtime and the average cost of downtime for all businesses is $212,100, not having a strong disaster recovery plan in place can be financially devastating. What’s more, over the last five years, 73 percent of businesses have experienced unplanned downtime, so the odds favor such a situation occurring when a business least expects it.

Many businesses, Levitt continues, have plans in place that they have never tested or test rarely. Recent research indicates that 13 percent of companies haven’t tested their disaster recovery plans and 50 percent of them have tested them once or twice in a year. That is because it is difficult adequately test; not only must you initiate the plan, but you must also restore to normal operations afterward. Additionally, in a lot of traditional disaster recovery contracts, it costs money to invoke the plan even for a test.

Without having previously tested the plan that is in place, however, how can businesses know for certain that their data is secure and that their operations can seamlessly continue in the aftermath of a catastrophe?

A vast majority of business owners whose companies need disaster preparedness think that such misfortunes will never strike them directly.

“Maybe the mathematics are on their side,” Levitt says. “But I just don’t want to be the guy quoted in the newspaper saying that I never thought it would happen to my company. Protecting our business, customers and reputation is more valuable to us. That makes the mathematics irrelevant.”

Certainly, every company needs to weigh the risks associated with disaster recovery individually. But if a company ultimately decides that it needs such a plan, it should make certain the plan it selects is a strong one.

A good disaster recovery plan (and its underlying contracts) allows you to test your recovery plan so you have some experience with how to operate your business should a disaster occur.

Many business owners like having their servers and other technical equipment onsite simply because they feel comfortable knowing that it is physically nearby. But thanks to the evolution of the telecommunications industry and the power of the cloud, such equipment can easily be maintained offsite. Storing equipment offsite in geographically diverse facilities offers an additional layer of protection while freeing up valuable office space.

With that thought in mind, Levitt says that the best way to avoid enduring a disaster is to not having the equipment located where those disasters are likely to occur. In his opinion, that means companies should use secure data centers as their primary sites, taking as many precautions as they possibly can.

“A traditional office space is far more likely to suffer from a disaster than a well situated data center,” he says. “Fire, theft, power outages and telecommunications issues are far less likely.”

“We are not on a flood plain. The facility is far from the coast line, high above sea level and serviced by multiple power grids,” Levitt explains. “Any one failure cannot disrupt service to our data center customers. The building is fireproofed and we have a security staff onsite 24/7. We’re an ideal primary site.”

If you are a business owner looking to fortify an industry-leading disaster preparedness plan to future-proof and protect both your sensitive data and the strong relationships you maintain with your customers, click here to learn more about how Open Data Centers may be the right match for you.