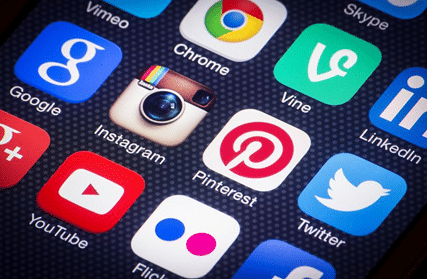 Individuals and businesses have been steadily shifting away from their traditional desktops and laptops in favor of smartphones and tablets. The lines once clearly dividing their capabilities and purposes are now blurred, and soon enough will cease to exist. Once primarily a source of recreation, mobile apps are increasingly relied upon for business practices, underscoring the need for their developers to ensure top-notch functionality. Superior portability will allow the mobile industry to consume the duties designated to their predecessors until they are perfect substitutes. And naturally, with increased presence in the workplace, users’ expectations of mobile app quality are rising as well.

Just like any area in the field of technology, the mobile app industry is always changing. As soon as user statistics are compiled, they may have already lost relevance. Such is the case when designing apps and adapting them to the right platforms for consumers. Quality assurance in the mobile app industry is an everlasting process that extends long past an app’s release date thanks to frequent software updates and continual feedback from users.

To further complicate matters for developers, due to market fragmentation, perfecting an app means perfecting it on up to 400 separate devices that may potentially be used by their customers (plus any new devices released after the initial phases of development). Although this has always been the case – mobile companies in the pre-smartphone era had to synchronize efforts across an even greater number of flip-phones – even forming a testing strategy proves to be a headache for developers. Because much of the variation is due to lower-end Android models manufactured in Asian markets, they must survey their target market to determine how many, and which, devices are worth testing.

Prior to an app’s release date, developers commonly apply a combination of two general testing approaches. Chronologically, the first of these two consists of in-house integrated testing, while the later method involves user-based testing.

Integrated testing is concerned with the technical, programming aspect of app development. It is implemented near the beginning of the process and applied from stage to stage. This form of testing allows developers to move forward through the process with confidence that there are no severe technical issues that will balloon into larger issues down the road. Without integrated testing, issues existing beneath the surface may never be discovered until some sort of usability problem leads the developer back to them, by which time they may be costly and time-consuming to correct.

However, although it should not be omitted from the development process, integrated testing is not guaranteed to reveal every possible problem with an app. Even if an app is flawless on a technical level, many issues can apply purely to human preferences. Thus, they can be only be detected through human experience.

User-based testing, also referred to as exploratory testing, is an irreplaceable phase of the testing process. It is performed exactly how it sounds: users are given the app on the applicable device and asked to perform tasks exactly as they would if they had downloaded it on their own. Unlike integrated testing, this method provides true cognitive interaction between the user and the app.

This process can be performed by the developers themselves; however, to ensure an unbiased, fresh perspective, it is most often outsourced to either an independent testing firm or individuals who participate in a practice known as crowdsourcing. Crowdsourcing is an emerging trend that pays testers a bounty per every issue they discover with the app. Such a method aligns the incentives of testers and developers.

Of course, app companies want to polish their product as much as possible before it hits the virtual shelves, but the ever-evolving mobile environment allows firms to improve their product over time by building off of previous app updates. Well-designed apps incorporate a channel for which users can voice their opinions on the software’s quality. Although sometimes overlooked by developers, this should be treated as the most valuable form of testing of all. All previous testing stages only serve to simulate the consumer experience, so their actual feedback should be taken seriously and applied to create a better user experience for future and existing customers. Quality assurance and security should always be an integral part of your data center testing.