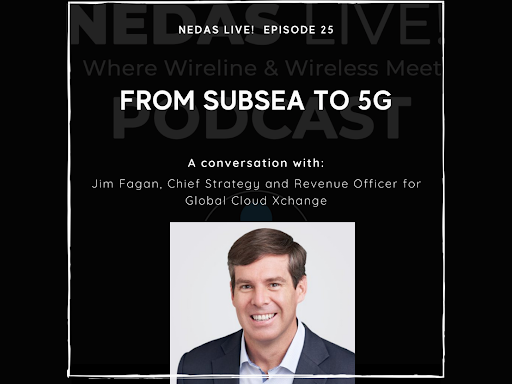 From a trend perspective, Jim discusses the explosion of data and the move to 5G that is happening worldwide. Jim explains the increasing number of data center companies expanding into the Middle East, for example AWS launching multiple data centers over the course of the next year and companies like Facebook and Google making large investments into the Middle East. The podcast examines the aggressive move into 5G and having the mobile network and appropriate bandwidth to support the growth in developing countries compared to the United States which has a massive market, similar platforms, similar technology and regulatory aspects.