NANOG 72: A Forum for Innovation, Networking and Education 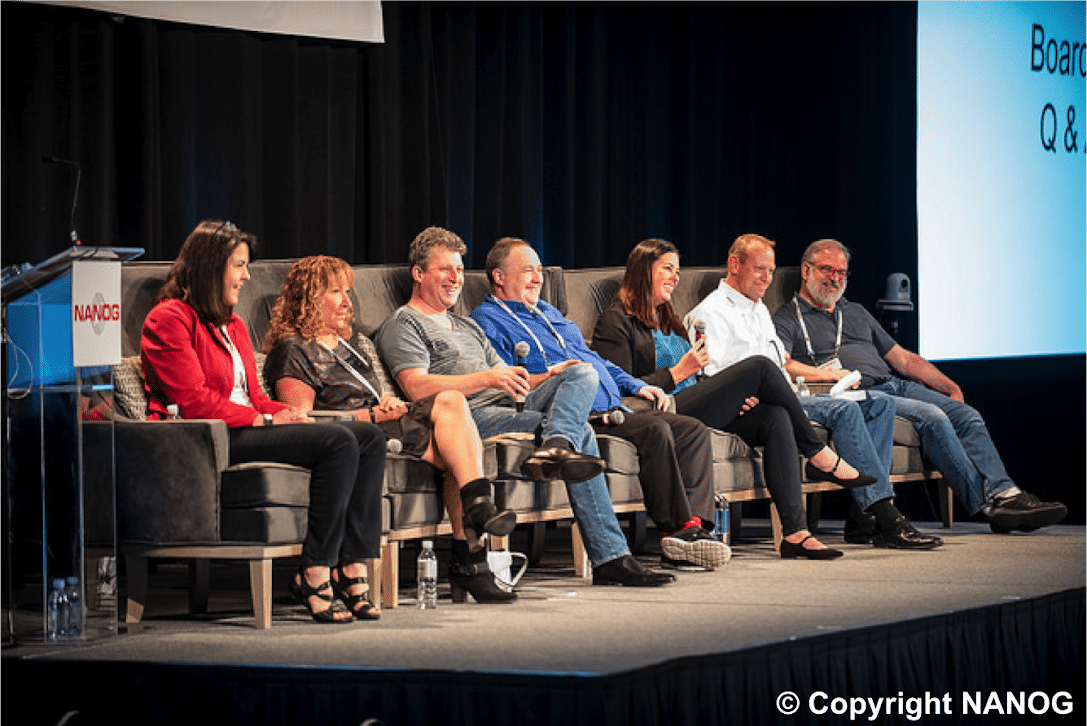 NANOG 72, which took place at the Loews Atlanta Hotel, February 19-21, 2018, kicked off with a very well-received keynote address, “A History of the Internet: Hint, It Was Not the Bomb,” delivered by Scott Bradner.

It’s interesting to note that Scott was involved in the early days of the ARPANET as well as the design, operation and use of data networks at Harvard University. Scott recalled how in 1996, he claimed there were two basic questions concerning the Internet: “Who says who makes the rules?” and “Who pays for what?” Questions, he says, that remain unanswered.

NANOG continued its tradition of ensuring newcomers feel right at home at the meeting and many took part in the special Newcomers Lunch, enjoying their meals while getting to know each other and the many NANOG veteran members who volunteered as mentors. During the Newcomers Lunch, longtime NANOG attendees shared their NANOG experiences and the benefits of association with the organization.

And it’s not only newcomers who get special attention at a NANOG meeting. Members were also invited to a Member-Only Breakfast where updates on NANOG were provided and there was also a “Women in Technology” luncheon and panel discussion open to all. Both these sessions were well-attended, and the “Women in Technology” panel was a lively exploration of gender dynamics in the industry, addressing increasing female representation at companies and among NANOG participants itself.

As with every NANOG meeting, NANOG 72 featured a wide-range of thought-provoking presentations on subjects including LTE and mesh networks, network automation, data modeling driven management, protocol evolution and its impact on network operators, as well as a peering coordination forum. Additionally, there were lightning talks on blackholing, DDoS attacks, and device versus service models in network automation.

A NANOG meeting is not only about the presentations but networking with good food, drinks and entertaining socials. Each day of the NANOG meeting offered opportunities to energize at the all-day espresso bar and refuel in late afternoon during catered breaks. As always, the ever-popular Beer’n Gear was fun from start to finish with refreshments and great SWAG from the many event sponsors. The NANOG sponsored Evening Social, which took place at the Park Tavern, included live music, dancing and perhaps the biggest hit of all – a bacon bar!

As is traditional, the three-day meeting was preceded by the NANOG Hackathon on Sunday. February 18. Hackathons bring network operators together for one day to prototype innovations around automation, monitoring, network control, and documentation for Internet networks. The theme of the NANOG 72 event was “Configuration Management and Deployment.” Selected by Hackathon participants, this year’s winning team was Team Buff from the University of Colorado Boulder.

NANOG 72 was by all accounts a huge success and closed with attendees already planning for the next meeting. As Scott Bradner said in his keynote, “What achieved success was the very chaos that the Internet is. The strength of the Internet is that chaos. It’s the ability to have the forum to innovate.” NANOG, now in its XX year and about to host it’s 73rd meeting, will continue to be that forum for innovation and serve as a guide for its members and attendees to navigate that chaos.

NANOG 73, which will take place June 25-27, 2018 at the Hyatt Regency Denver in Denver, Colorado. Joining NANOG provides a $25 discount on standard registration fees for any NANOG conference. Registration for NANOG 73 was open as of March 12, 2018 and the registration can be accessed here.