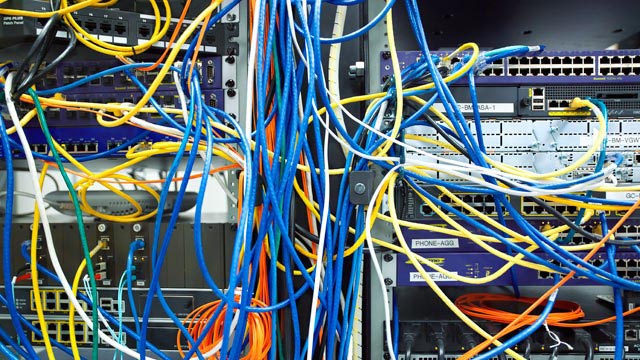 It’s now 25 years since Tim Berners-Lee put forward his proposal for the World Wide Web, the defining moment of the Internet. Quarter of a century later, the Internet is barely recognizable from what was once a small number of computers in government offices and universities linked up to each other across the world. Now huge amounts of data traverse the world at previously unimaginable speeds, delivering communication, information, media and even sophisticated applications that previously could only run natively on a machine. Enter the Internot.

But despite the huge leaps in technology and the ever increasing wealth of information available, there is something fundamentally out of sync with the open ideals and free flow of information envisaged by Berners-Lee, Vinton Cerf, Robert Kahn and the other pioneers of an electronically connected globe.

Increasingly, large corporations are defining how we interact within the cloud and Internet, as well as how we engage with its channels and content. Competing ecosystems that live on the web hide information from each other, or bury the others content far from sight in an effort to win more of your clicks and eye time. Content providers and service providers are at war over how much data should be allowed down the pipe and if subscription revenues should be spilt. Governments and security agencies are accessing and analyzing your data indiscriminately and en masse reminding you that private correspondence online can never be guaranteed to be that.

The companies that 10 years ago were innovative in making the internet connect and take-off, are now the singular filters that restrict, control and manipulate how data can be shared and consumed. The Internet has become the Internot.

A classic example is Google. Google used complex algorithms to find you unbiased search results that were way ahead of any of its competitors at the time. The free and open standards that allowed the web to flourish have been exploited to create something very different from what it was intended to be. Somewhere along the journey to becoming a $400 billion business, Google lost its way. Search algorithms changed time and again to suit Google, and seldom the user, and it has managed to anaesthetize a generation of email users against the intrusion of scraping private email content to sell targeted advertising.

This content scraping and data mining, perfected by Google, seems to have dulled the reaction to last year’s Snowden leaks to one of ‘well, we kind of guessed it was happening anyway.’ The implications of this, though, are very real. It seems that we are now living in a world where secure communication channels cannot be taken for granted. People use the cloud and Internet as a way to share private information that we would before, only tell our closest friends in person, seemingly oblivious that the data is being read by an analytics program or coffee shop WiFi hacker. Day-to-day movements or how we like to spend our money on payday are all tracked and fill up a database in ‘the cloud.’  It’s the stuff of George Orwell’s nightmares.

The old adage goes: “if you’re not paying for it, then you’re the product,” so when you do cough up for a service, you expect to leave at least some of the baggage described above at the door. But paid services are starting to unearth a whole new set of problems that could have a huge impact on the openness of the net. A new front is being drawn in the US, which could soon spread around the world, where Internet service providers are being accused of throttling access to some of the big subscription-based content providers, namely Amazon and Netflix.

Netflix in particular has helped redefine how people consume media and entertainment. Watch what you want, when you want in high definition for an affordable monthly fee. The problem is HD video eats up an awful lot of bandwidth and service providers that sold unlimited deals to consumers a few years ago are starting to get a bad taste in their mouths around about the same time their customers started to feel like they were getting value from it. How dare these content providers cram up our networks and cream the profits off the top while we don’t get an extra penny.

It’s easy to understand the grievance, but ultimately suffering is on the end user, who might drop their subscription or maybe even change Internet provider to one that won’t slow down their streaming media – no one wins. Trust – at an alarming rate – is being reduced down to a meaningless commodity –instead of being the holy grail – in this unfairly fought technology battle for peoples’ share of mind/wallet. When you cannot tell if it is unfair business practices or unchecked legal actions that is sustaining this lack of transparency, the call to course-correct has been sounded.

While the current state of the Internet is far from perfect, it is not beyond rescuing. The architecture that it was built on remains open, for the time being at least, and for every example of misuse of the Internet, there is another of it being used positively. Ultimately, what will decide the future of the Internet is its users and their demand from the developers of the technology they choose to use.

A conscious and informed online population can make the right decisions with regards to the services they use and the content they consume. Choosing to own your own data and rejecting a seemingly convenient service that scans your data for opportunities to sell ads based on your profile or report you to government is the first step.  Selecting a service provider with a neutral approach to network data management is another.

We can all be free on the Internet, but first we must untie this mess of an Internot.