I Hate My Job, What Can I Do About It 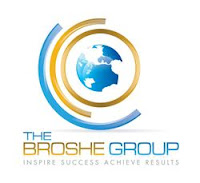 The late comedian George Carlin once said, “Do you hate your job? Sorry to hear that. There’s a support group for that. It’s called EVERYBODY, and they meet at the bar!”

As a consultant on employee engagement to major healthcare companies, Melissa Evans understands that feeling well. Her solution to it, however, is a little “uncorporate.”

“It’s a fact that most people don’t like their jobs,” said Evans, also author of Sole to Soul: How to Identify Your Soul Purpose and Monetize It (www.soletosoulbook.com). “According to a recent survey published by Time Magazine, fewer than half of American workers – 45 percent – are satisfied with their jobs. This is the lowest percentage since 1987. Gallup reported that this phenomenon also hurt businesses in a significant way. Companies with large numbers of dissatisfied workers experience greater absenteeism and lower productivity. These workers create a turnover rate of 51 percent. Can you imagine working at a company, or trying to run one, that loses half its staff every year?”

That turnover isn’t just from firing or layoffs. According to the US Bureau of Labor Statistics, the number of people who quit their jobs from June 2010 through October 2010 was actually larger than the number of people who lost their jobs. Gallup says all these disengaged employees cost the U.S. economy upwards of $370 billion annually. Evans believes that one key way to turn this around is for employees to look inward before they look outward.

Her solution is for workers to get in tune with potential careers and job choices that plug into their passions as a person. She suggests people ask themselves the following questions:

What do you want? – In an economy that is dicey at best, it seems like it’s a luxury to only consider the jobs you really want, even if they are in a field in which you may have to start over from the bottom. However, consider the alternative: bouncing from bad job to bad job, hoping the next one will be better than the last, when the real problem may be that you just aren’t doing anything you’re passionate about.

Why should you change course? – If what you’ve been doing hasn’t worked so far, logic dictates you change what you’re doing. My best advice is to find something that drives your spirit and your intellect and pursue that, before it becomes too late for you to fulfill your dreams.]

“The first thing most people do when they don’t like their job is to look for another one,” she said. “While that’s valid, I have to question the wisdom of running from a bad job as opposed to pursuing a good one. The problem is, most dissatisfied employees identify a good job as one that simply pays a little more and is not where they currently work. A good job, a good career, is far more than that.”