How the ‘Splinternet’ Could Change the Course of the Internet 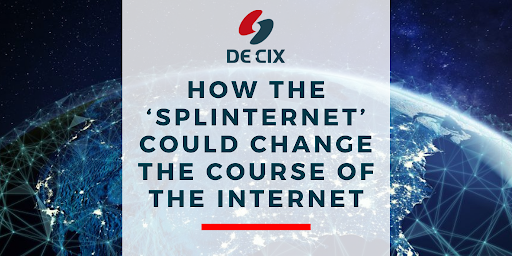 As both foreign and domestic tensions rise, many actions are taken to protect the interests of the vulnerable. What happens when the protection for some comes at the cost of others? With the technology that is accessible now, new sanctions come in the form of disconnection, mainly from the internet. When enacted, it results in a splintering of the open, global Internet infrastructure and impacts the use of the Internet for everyone. This concept is known as the “Splinternet”. In order to understand the Splinternet, it is necessary to understand the general definition of the internet itself and how it operates.

The internet is a broad term that covers many different sectors of information. At its core, the internet is a network of networks which are all connected with each other. With around 65,000 different networks in the world, the internal navigation system is telling data where it should be going. Come 2023, Cision estimates that there will be 3.6 networked devices and connections per person, globally. Looking at the broader picture, that is 30 billion devices that are sharing, accessing, and providing data across those 65,000 networks. The communication between devices is essential to keeping the flow of information running smoothly. In doing so, there are certain distinctions in order to identify and navigate through the intricate system.

The internet has identifiers, just as one would have a phone number or street address. They come in the forms of domain names, IP addresses, and networks, which are identifiable by an Autonomous System Number, or ASN. An ASN is a distinctive number identifier assigned to every autonomous system (AS). An AS is a group of networks connected to the internet, with a single routing policy. Governmental organizations, internet service providers (ISP) or educational institutions manage autonomous systems.

The ASN is used as the main driving factor for a navigation system for finding networks on the internet, also known as the Border Gateway Protocol (BGP). It is a language that enables computers to communicate in order to get from point to point, throughout the web. The system is not centralized; rather, data is passed through different platforms and onto neighboring networks so the information can end up at its final destination.

Dr. Thomas King, CTO DE-CIX, has done a significant amount of research and has been faced with the question, ‘Can the Internet go down?’ From the outside, it is nearly impossible to disconnect a whole country from the Internet. However within a local network, it could be possible for a disruption in accessing services. This issue usually involves one ISP, transit provider, or a potential local data center and can be seen in the form of slow loading websites or pixelated graphics. There are rare occasions where a widespread disconnect is seen but these are usually the result of natural catastrophes such as the volcanic eruption in Tonga.

While it is highly unlikely that there can be an outside Internet disconnect, it is possible that it can happen from the inside. Throughout history we have seen what actions a country takes when they want to separate themselves from the rest of the world. If a country decides it does not want any more internet connections with the outside world, the government can initiate a law prohibiting it. By doing this, the country splinters itself off and cuts off all outside connections through different means such as DNS blocking, IP address filtration by government officials, and forcing ISPs to remove private customers from the BGP routing.

A country’s full disconnect from the Internet can be harmful to both those within and outside the country’s borders. Information should be allowed to flow freely, in order to provide everyone with the same transparency and access to information. When content from a certain country is separated from the internet, users outside the country will no longer be able to access it. Additionally, the internet traffic that is flowing through multiple countries becomes flawed and requires a detour which would result in increased latency times and less bandwidth available. A splintering of the internet would isolate countries, create room for the spread of misinformation, and ultimately stain the concept of what the internet is intended to be; An open and technology-neutral reservoir of information, and a tool for interacting with the world.