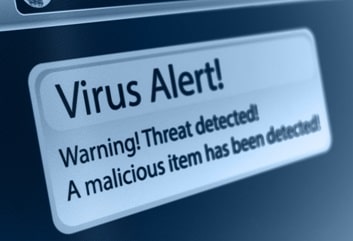 Unfortunately, cyber attackers have learned to hide exploits in everyday documents, including the documents you share in the workplace. Many network security tools for business can catch these exploits. You can also prevent malware sharing through safe document management practices. Start by learning how these exploits spread and how to keep your business safe.

Attackers hide exploits in a wide range of documents. They use Microsoft Word docs, Google Docs, and PDF files to spread attacks throughout organizations. Take a look at some document exploits from this past year.

Attackers sent altered RTF files through email that could affect computers in two different ways. First, if a recipient opened the document, the attacker could execute remote code to gain the same computer user privileges as the recipient. Second, if the altered RTF document appeared in a Microsoft Outlook preview window, the attacker could also execute the remote code.

Back in 2012, to spread the Backdoor.Makadocs Trojan, attackers sent an infected Word document to a variety of email recipients. The company’s network firewall would have blocked the infected document’s attempt to communicate with the attacker’s command-and-control (C&C) server, so the Trojan rerouted the traffic using an SSL-protected Google Docs callback.

Researchers found a similar attack this year targeting countries throughout Southeast Asia called Trojan.APT.Seinup. This time, the infected Word document, when opened, creates a duplicate of itself along with a malware dropper. The malware can register itself as a Windows service, which allows it to survive multiple reboots. The “seinup” function, which reroutes through Google Docs, allows the infected computer to communicate with the attacker’s C&C server.

Many document exploits involve attached Word docs that have been compressed into .ZIP files. Because many network email spam filters scan .ZIP files for malware, attackers started sending PDF files as e-mail attachments, inserting a script virus into the PDF file. In some cases, the script virus would crash a computer’s PDF reader. In other cases, recipients had no idea their computers were infected until they started receiving unusual emails. According to the emails, the recipients’ credit cards or PayPal accounts were used to make purchases and send them to unknown mailing addresses.

Earlier this year, attackers circulated an email featuring a headline from a recent news event in which the deputy prime minister of Laos was killed in a plane crash. The email supposedly contained news clips about the crash, but the clips were actually .JPG files that, when opened, dropped a backdoor through which attackers executed commands. Attackers used a template document that they could modify depending on what they wanted from their intended target.