The Future of Smart TVs and Data Collection 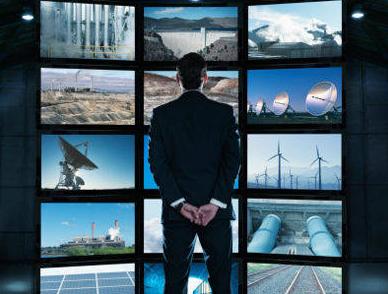 A recent admission by South Korean tech giant, LG Electronics acknowledges that the smart TV that you just bought may be smarter, and nosier, than you ever thought possible. While you’ve been watching your 60 inches of technological wonder, the TV has been monitoring what you’ve been watching and sending the information back to the Seoul-based conglomerate’s corporate headquarters. While smart TVs are on the cutting edge of informational retrieval, at the heart of the controversy is the admission that these collection efforts were being conducted without the owner’s permission, and continued even after users opted out of the option by disabling the function. The South Korean firm noted that a technological patch was being readied to correct this problem on all of their smart TVs.

LG’s admission has turned the spotlight on the practice of garnering user information based on recording and analyzing consumer viewing history to better target advertising efforts moving forward. This data includes viewing duration, real-time tracking of watched programming, the names of all files stored on connected USB drives and network shares.

While nearly half of all smart TV owners, more than 40 percent, never bother to hook up their new TV to the Internet, tech companies have discovered a work-around that affords easy egress to the Internet through wireless connectivity. Utilizing multichannel video programming distributors (MVPDs), smart television owners can now interface with their television through a secondary platform such as a tablet. For advertisers, the use of MVPD facilitates the gathering of information that allows for a targeted advertising response far more intuitive than was previously available.

What’s being Collected and Why?

A bevy of data is available for mining from your connected Smart TV. From viewing habits that monitor what you’re watching to recording how long you stay on a given channel in real time, smart TVs collect this information, purportedly, to better offer viewing selections and target advertising messages. Industry leaders laud the technology as a way to better serve viewers, by targeting them with only those advertisements relevant to them, and the end result will be to reduce the overall number of commercials they would traditionally view. The smart TV you’re connected to may pose a risk from hackers, or even from the data collection efforts of the television’s manufacturer. Only by choosing an older type of television can consumers completely eschew questionable data collection.

The Future of Smart TVs

While LG is at the heart of this latest privacy controversy, they are by no means alone in taking advantage of the inherent technical capabilities of smart TVs. For instance, Samsung’s new HDTV features hardwired cameras, microphones, and face and speech recognition technology that, unlike other televisions, cannot be easily disabled by unplugging a sensor.

The future of television viewing is about to change from the experience enjoyed by our parents and grandparents. Viewers can expect a more responsive television viewing experience while not being burdened down by irrelevant advertising messages. These advantages however, may well be at the cost of personal privacy, and managing expectations will be the new frontier in overcoming consumer privacy fears.