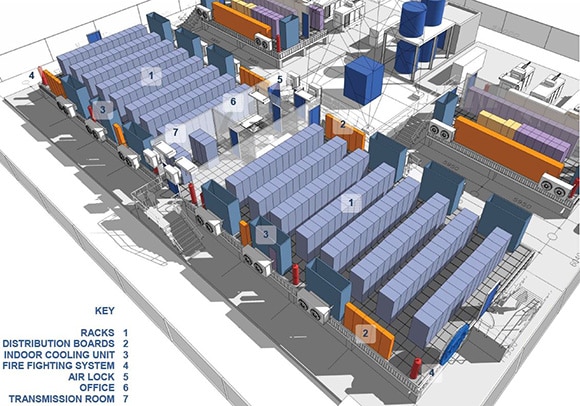 With the data boom in parts of Asia and much of Africa continuing to grow exponentially, business opportunities in the ICT sector have never been more exciting. However, they have probably never been more challenging either, and deployments that would be considered relatively straightforward in much of the western world face more onerous obstacles in the world’s developing nations.

That said, as a representative for a company that has deployed turnkey data centre facilities across much of sub-Saharan Africa, and most recently over 1,000 hybrid power systems for telecom sites throughout Myanmar, I have typically seen the same set of challenges appearing time and time again.  So here, with some examples from Myanmar, are five focus areas to ensure developing nation project success:

Regulatory environments can be minefields, especially when attempting to navigate not only telecommunications or ICT regulations, but also those of the banking and legal frameworks necessary for foreign businesses to operate within.

In Myanmar, for example, after the new mobile network licenses were awarded in 2014, it was unclear whether high technology and specialised solutions brought into the country would or would not fall into certain exemption categories for tax, duties and other charges.  Opinions varied widely depending on whom you talked to and the reality was that many of the questions were only being asked for the first time and as yet did not actually have answers.

The solution was a combination of patience and teamwork – getting the right team of people together from the government, financial institutions, suppliers, tower companies and the Myanmar investment committee, all focussed on the superordinate goal of arriving at a mutually satisfactory result.

By the very fact that they are “developing” nations, many countries will be considered too high risk for most international lenders to get involved with, while at the same time local banks are typically not in a position to offer competitive commercial loans. This makes it very hard for many local companies to secure sufficient funding to bring in the technology they need, even if they have a solid business plan and a clearly attractive market opportunity.

Local entrepreneurs with deep pockets might be able to get things moving.  But in high-growth situations even this combined with vendor financing will often fall short, resulting in cash flow crises that can shut down promising businesses long before they reach critical mass.

The answer for European vendors like Flexenclosure is to offer export credit agency financing guarantees. This enables local start-ups to avail themselves of short-term bill of exchange facilities from international commercial banks that are able to lend at low interest rates, thereby ensuring an improved business case and a better chance of operational success.  In our case, we have worked with the Swedish Export Credit Agency (EKN) on a number of projects in Africa and Asia, enabling our local customers to bring their visions to reality.

Both our eCentre data centres and eSite hybrid power systems are fully built and tested in our factory in Sweden before being shipped to site for deployment and final commissioning.  We also send our own teams to undertake that deployment and commissioning but even in one-off data centre projects, let alone eSite deployments that run into many hundreds of sites, no amount of prefabrication and preparation will enable a project to be completed without local assistance.  And that can be a challenge to find, especially in countries like Myanmar where there are many overseas companies all competing for just a handful of skilled local technicians.

Many foreign companies simply looked next door to Myanmar’s ASEAN neighbours and brought in the skills they needed.  Flexenclosure went a step further though, recruiting and training local Burmese who were found to be extremely talented and very willing to learn, and who now form the company’s local customer support organisation. This local focus gave us the opportunity to give something back to the communities in which we were operating – new skills development and employment opportunities – and we have found that we have earned a great deal of loyalty in return. So a small investment in time and training can bring value and success beyond simply the project itself.

In the coming years, the percentage of sub-Saharan Africa’s population without grid power is actually going to increase as population growth outstrips grid deployment – a staggering fact given the wealth of technology we have available today. But of course, ICT deployments will always need power. And with much of the developing world not having a reliable supply, you need to be prepared to make the best of what there is.

In Myanmar’s case, the lack of a nationwide electricity grid is only part of the problem as what grid exists is enormously volatile, with grid instability and voltage fluctuations amongst the most dramatic worldwide. Early research was key and it gave us the opportunity to nip this problem in the bud by deploying a hybrid power system that we designed to cope with the most extreme voltage ranges as well as being able to harvest solar energy in suitable off-grid locations.  Advanced research of the problem that we would face enabled us to avoid it altogether.

No amount of preparation and contingency planning will prepare you for every eventuality, so patience, flexibility and a good sense of humour even in the most stressful of situations are absolutely key.

Myanmar’s rainy season, for example, is entirely predictable. But flooding to the extent we experienced was not, often making the terrain virtually impassable when attempting to get our equipment to site. The assistance of friendly farmers with their tractors and even on one occasion an ox-drawn cart meant that we could get through the flooded terrain even in the most rural of locations and ensure our network rollout deadlines were met. Perhaps not the most conventional form of transport in an ICT deployment, but without doubt the most effective in these difficult circumstances.

Ultimately, large and complex projects can and often do take unexpected twists and turns – especially in the developing world.  But detailed advanced planning combined with a flexible and responsive local team, a “can do” attitude and a healthy dose of patience and good humour will definitely set you on a road to success.

Shalini Lagrutta is Regional Director, APAC, for Flexenclosure, a designer and manufacturer of prefabricated data centre buildings and intelligent power management systems for the ICT industry. Based in Malaysia, she is an experienced telecommunications professional with a successful industry track record spanning over 20 years. See www.flexenclosure.com