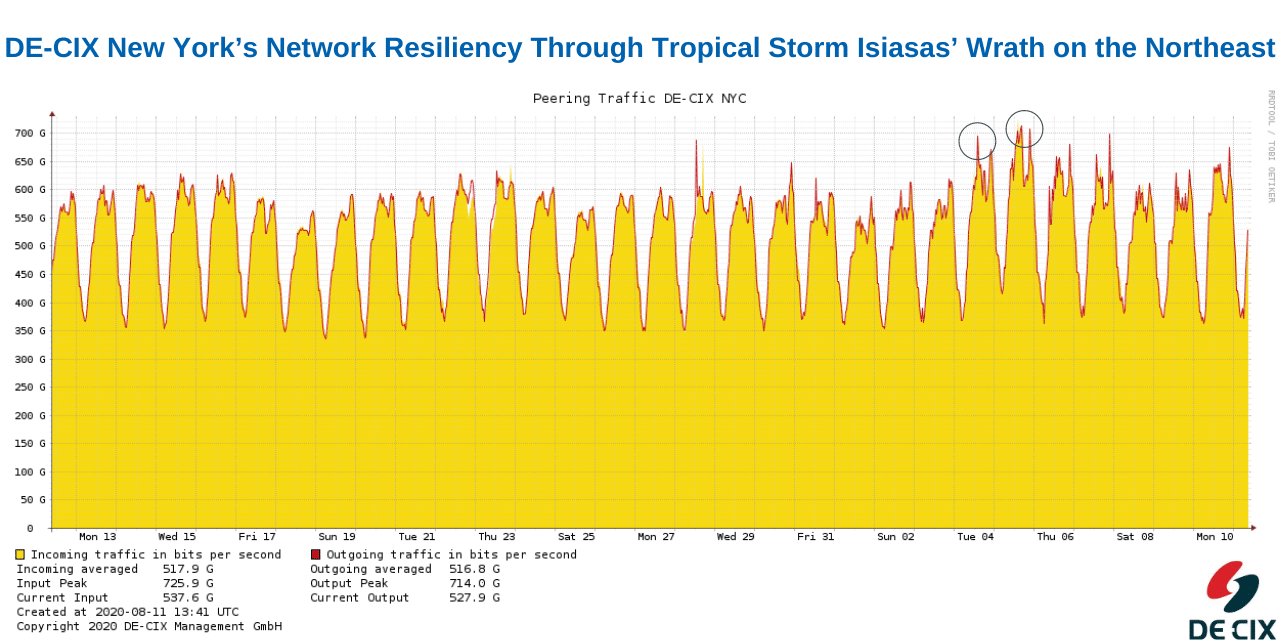 On Tuesday, August 4, 2020, Tropical Storm Isaias entered the Northeast and the Carolinas as a grade 1 system and was quickly downgraded to a tropical storm as it traveled north. The rainfall and high winds were not predicted to be catastrophic, however, local alerts and forecasters provided sound guidance to residents in its path. By morning on Tuesday, Isaias struck New Jersey and New York with fierce winds that tumbled trees, blew debris and toppled electricity poles.  By mid-day on Tuesday, Isaias knocked out power for more than 2 million customers across New York, New Jersey and Connecticut.  Days later, hundreds of thousands of people were still in the dark, with the remaining outages expected to be resolved a full week after its wrath.

When power goes out for such a large number of people, it affects not just lights, refrigeration and air conditioning, but also access to television, cable TV and oftentimes ancillary utilities such as mobile phone towers and more. With a keen eye on Internet traffic, DE-CIX learned through its observations from the COVID-19 pandemic that the Internet’s resilience is quite strong. As countries began their lockdowns, Internet users increased across its global platform, with peak traffic use mimicking the shutdown every step of the way.

As we consider Isaias’ wrath on the Northeast U.S. and observe new peak traffic patterns across DE-CIX New York’s Internet Exchange, the market’s largest carrier and data center-neutral IX, observations indicated new peaks each on August 4th, 5th and 7th  — correlating with the ongoing power outages across the tri-state region. While shifts of traffic to the Internet are not unusual during power outage events like this, outages aren’t the only reason for an uptick in traffic.

Consider this — when people are out of power, they have limited access to traditional entertainment and normal day-to-day activities. Mobile connectivity remained available for the most part, enabling people to charge their phones more easily than laptops and leverage mobile data plans for Internet access. This Internet access delivers online capabilities for various devices through the use of hotspots, providing people the ability to continue regular business, day-to-day communication, shopping, and entertainment.

The observable new peak traffic across the DE-CIX New York platform on August 4th, 5th and 7th also correlated to local events taking place – namely baseball. Both the New York Mets and New York Yankees played games, only recently back from a COVID-19 induced hiatus. A power outage caused by such a weather event did not disrupt America’s greatest pastime. With many people out of power and out of cable TV access, live TV streaming of these games correlates to the traffic peaks observed on the DE-CIX New York platform. Coupled with enhanced viewing on traditional streaming channels like Netflix, Hulu, and YouTubeTV – replacing viewership that normally relies on cable TV – we estimate that DE-CIX New York’s surge in Internet traffic was directly correlated to the power outage events. This further illustrates the resilience of the Internet infrastructure and its ability to bring the Internet to anyone, across any device, throughout nearly any event.