The Data Security Problems of Healthcare.gov 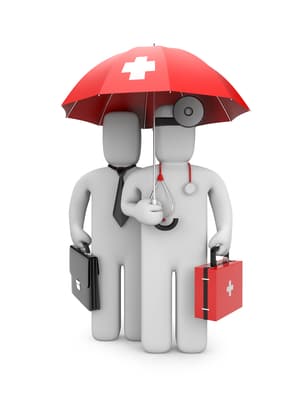 In the two months since the HealthCare.gov site has launched, millions of consumers have received error messages while trying to shop for insurance on the site. Initially, the government focused on fixing the front end of the site to cut down on consumer frustration, but in spite of two months of efforts, back-end issues continue to plague the site. How these issues will affect consumers, come January 1st when their new plans are scheduled to take effect, has yet to be seen.

Smooth Sailing for Millions of Consumers

Since October 1, the administration has improved the software and upgraded the hardware supporting this site, and according to the News Observer, more than 3.7 million consumers were able to visit the site successfully during the first week of December. These users experienced errors less than one percent of the time, and the site worked as anticipated. Although consumers are able to shop for plans, apply for subsidies, and purchases plans, back-end issues still remain a significant concern.

Most of the back-end issues have to do with the forms that transmit consumer data. These 834 forms are generating multiple 834 errors, and they could be sending the wrong information from the HealthCare.gov site to the insurers. Back-end issues include failing to generate forms for some consumers who want to enroll in a plan, and generating duplicate forms for other consumers. In other cases, back-end issues are causing names to be spelled incorrectly or names to be dropped off of forms entirely. According to Julie Bataille, a spokesperson from the Centers for Medicare and Medicaid, nearly one in four consumers have been or will be affected by the 834 errors.

The number of people actually having trouble with the site is almost impossible to assess. For instance, in October when 26,794 consumers signed up for coverage, only a quarter of them used the federal site to garner coverage. The rest used state-based sites, and it is impossible to establish accurate numbers when consumers are coming from so many different angles. Now, government officials comb through the 834 forms on a daily basis to monitor them for mistakes.

David Kennedy, a specialist who tests the security of websites by hacking them, appeared before Congress. He reminded the crowd that most websites are developed “with security in mind”. With HealthCare.gov, he explained that wasn’t the case, reports CNBC. Still other online security experts called for the site to be rebuilt from scratch. With so much uncertainty around the site’s security, consumers may be wary about using it, unless they have identity protection from a company like LifeLock in place. In spite of consumer and industry concerns, however, the Department of Health and Human Services continues to claim that consumer information is secure.

Help From the Big Hitters

The government has banded with companies like Google, RedHat, and Oracle to iron out some of the finer issues with the site. According to VentureBeat, experts from these companies are working to make the site more agile and to expand its capacity for traffic. Although fixing the site will be a coup for the company who can handle the job, reports indicate that the work won’t be done for free. Numbers, however, have not been made public.

The error messages have affected thousands of people who have visited the HealthCare.gov site, and these errors may lead to more serious issues as the new year approaches. The Washington Post predicts that there will be duplicate enrollments, unintended cancellation notices, and incorrect information on insurees.