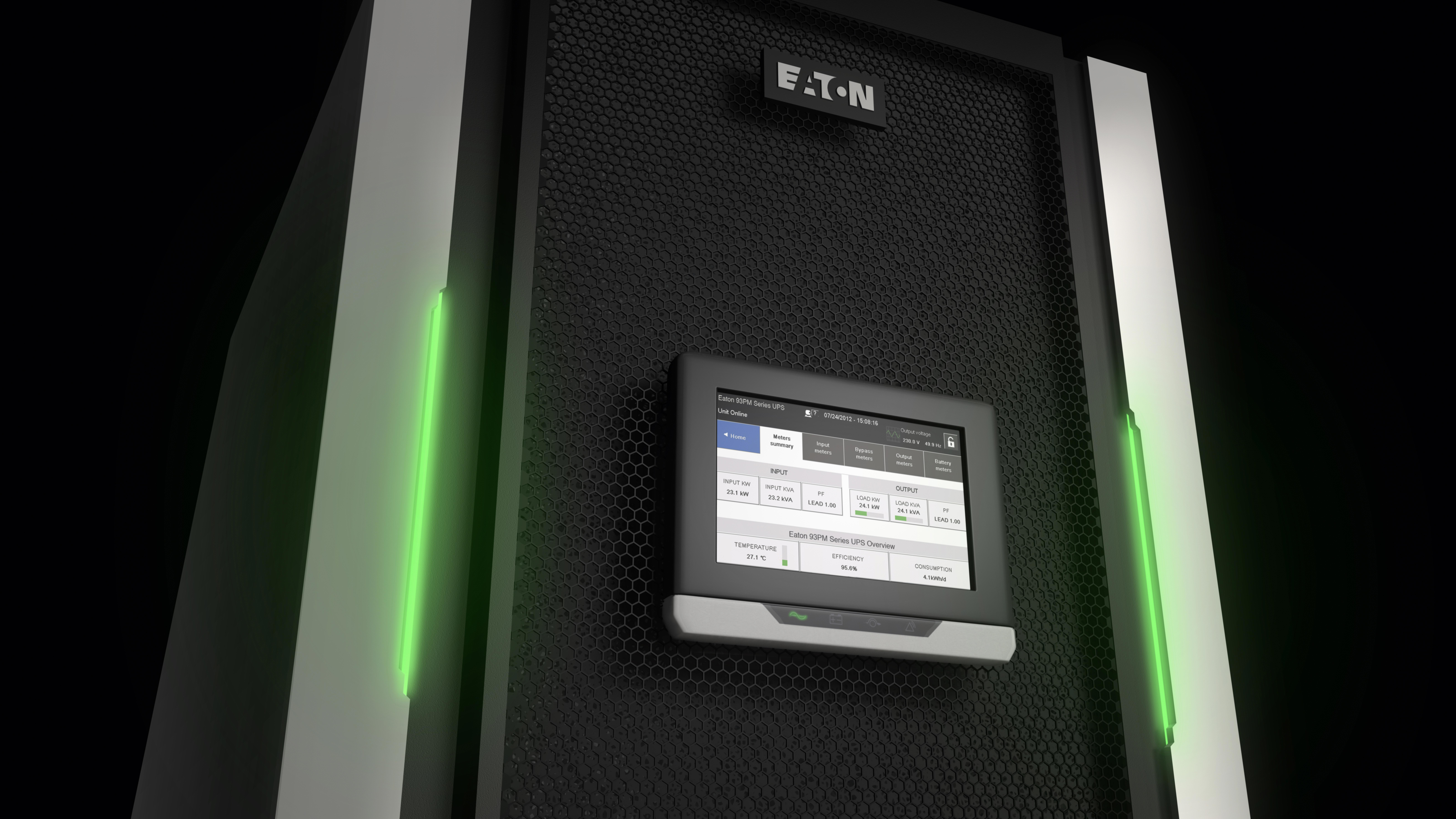 UPS benefits – Data center operators have long appreciated the scalability and ease of installation provided through distributed power protection schemes in which UPSs reside in close proximity to server, storage and networking equipment.

Until recently, however, most incumbent UPSs which were scaled to the needs of enterprise data centers were too hot, large and inflexible for use in the white space – where cooling and floor space are precious commodities and mechanical, electrical and plumbing components can impose significant deployment constraints.

Users, whose rapid growth rate has exceeded the infrastructure capacity in the gray space, are ideal candidates for a white space UPS solution. Other applications include those datacenters which are deploying high-performance, high-density computing on a segmented basis.

End users need highly redundant, 2N type, scalable systems, to be deployed in a small area of the white space, but may plan to expand in repeatable, identical sections that require a compact dedicated UPS. Cloud computing vendors and colocation data center operators are increasingly taking advantage of that development, and collecting the following benefits as a result:

Cloud service providers grow at unpredictable rates that can spike sharply with little warning. As a result, they usually optimize their data centers for swift expansion. Distributed power schemes are a good fit for such environments as they feature smaller, lighter UPSs that take less time and effort to install than the older, heavier and bulkier models typically used in centralized schemes, as organizations in need of more capacity can simply install additional smaller UPSs instead of taking their entire data center offline while they replace a sole large UPS with a new and even bigger one.

Reducing the distance between UPSs and the loads they protect shortens and simplifies the power chain, resulting in fewer potential points of failure. For example, distributed architectures often don’t require centralized downstream static switches. That means fewer devices for administrators to maintain and fewer opportunities for malfunctioning hardware to create downtime. What’s more, in a distributed power design, each UPS protects only a small portion of a company’s servers.  Therefore, if a problem occurs between the UPS and its downstream loads, little capacity is lost. In centralized architectures, power chain failures can impact every server in the white space.

Old style, oversized power architectures may lead companies to make large upfront investments in older technology UPSs. Modern centralized and distributed power schemes, by contrast, enable organizations to buy only as much capacity as they need to meet early demand, and then cost-effectively add further capacity incrementally as their needs increase over time.

Organizations with distributed power schemes can reduce capital expenses even further by utilizing UPSs with 480V input/output voltage instead of the 208/120V power common in most U.S. data centers today. The cables used to connect 480V UPSs to a data center’s utility input service are thinner, lighter and therefore less expensive than the cables they must use with 208V UPSs. In addition, unlike 208V UPSs, 480V units don’t require a neutral wire, producing further savings by enabling companies to use three wires instead of four.

Of course, most IT equipment in the U.S. requires 208V/120V power, so companies with distributed architectures featuring 480V UPSs must step power down between their UPSs and servers. However, a conventional power distribution unit or a matching cabinet installed next to the UPS cabinet can perform that function without significantly increasing upfront expenditures.

Deploying more UPS capacity than your data center initially requires wastes power as well as capital. Distributed power designs allow you to raise energy efficiency by matching capacity to demand with greater precision.  By investing in a capital expense like distributed power in the white space, facilities can scale as they grow and reduce maintenance and operational expenses.

For more information on power distribution for the data center, Eaton offers more insight with several online slideshows and white papers available at www.eaton.com/TL.  Also, visit www.eaton.com/93PM to learn more about a three-phase UPS solution for the white or grey space.

Jason Anderson is a Product Line Manager for Small to Mid-Size Data Center Solutions in Eaton’s Critical Power Solutions Division in Raleigh, North Carolina. A 14-year veteran in the power systems industry, Anderson has experience in UPS systems new product design, technical sales and applications engineering, as well as working in power quality engineering for data centers and cable television. He may be reached at JasonSAnderson@Eaton.com.