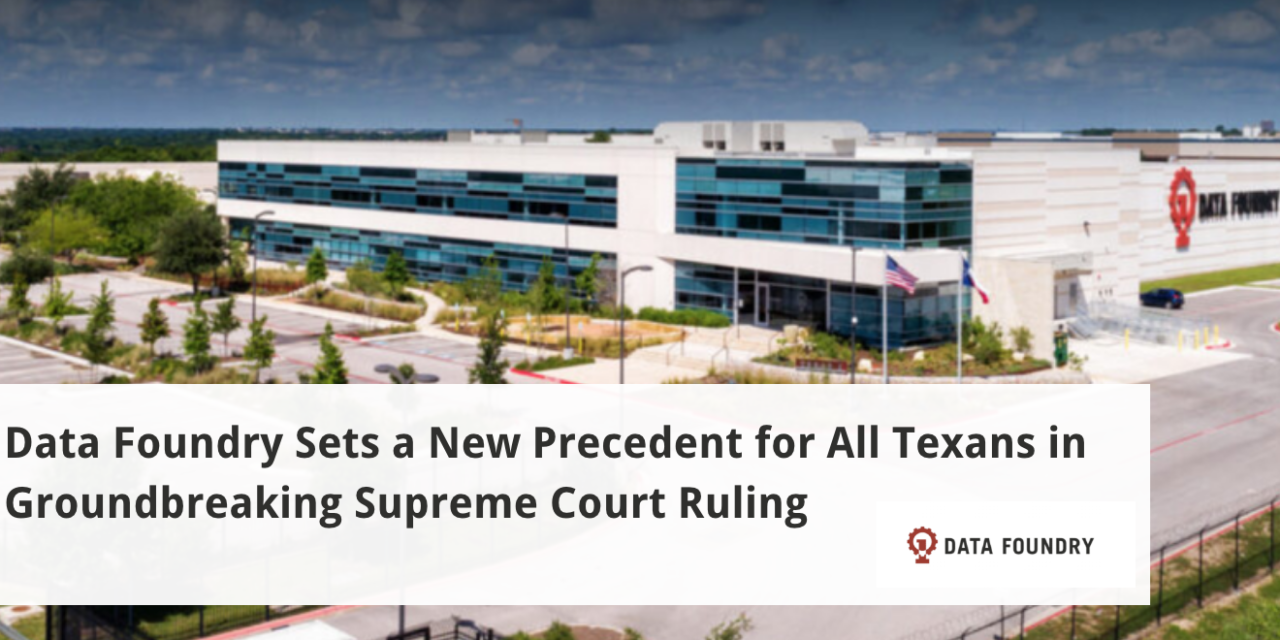 Data Foundry, a premier colocation data center provider with facilities in Austin and Houston, Texas announced that it has won through appeal, a historic Texas Supreme Court ruling giving all Texans new rights to challenge discriminatory rates imposed by municipalities. This positive ruling sets a new precedent that towns and cities can now be sued by local organizations and consumers.

The year 2021 has been tough and trying for the state of Texas. In February, Texas suffered a major power crisis. The sweeping power outages throughout the state caused massive electricity failures, resulting in a shortage of water, food and heat during a particularly cold wintery spell. In doing so, residents suffered including the loss of life. Soon after, in April 2021, Data Foundry convinced the Texas Supreme Court that, as it is written, Texas law guarantees consumers the right to challenge potential excessive and discriminatory electricity rates set forth by controlling municipalities. The Texas Supreme Court announced that Data Foundry won their appeal against the City of Austin in a landmark decision and are now able to proceed with a suit.

Ed Henigin, CTO of Data Foundry said, “The City of Austin is taking advantage of commercial customers. They believed that they don’t have to answer to a higher authority. and that nobody could stop their rates from increasing.” He notes, “Now that we’re engaged, we’re committed to the fight! We did this because we had to.” This win sets a whole new standard for companies like Data Foundry. Data Foundry is confident in their mission and are committed to do what is right for the state of Texas.