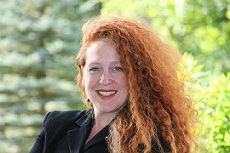 As a data center agnostic network provider, Sidera Networks focuses on facilitating the connectivity between the cloud and content through the data centers it connects.  With the demand for outsourced network support and increased compute power, data center infrastructure services are in high demand – and so too is the network connectivity feeding them.
Sidera’s network solutions provide core bandwidth infrastructure.  This enables companies the ability to gain access to a number of different services through a common thread – high capacity fiber optic infrastructure.  According to Sidera’s CEO, Mike Sicoli “Our mission is to enable cloud, data center and content providers and to collaborate with them, as opposed to compete with them.”  This vision, driven by the company’s organic growth, is providing high speed connectivity between data centers, financial markets, enterprise campuses and more.
Most recently, Sidera has begun construction on a new 1,000-mile network expansion throughout Virginia.  The network extends from the Washington DC market into Virginia, nearly circumventing the state to provide connectivity to major markets serving the government and education sectors.  It is this tight, regional configuration that continues to propel Sidera deeper into the markets around its network core – the Mid-Atlantic and North East regions of the United States.
Of course the company’s network must expand to other key markets.  Chicago is a key network hub for the company.  Sidera has constructed one of the only diverse and robust network routes between downtown Chicago and Aurora, IL to support the trading exchanges associated with the Chicago Mercantile Exchange.  It is this focus on delivering ultra-low latency, high bandwidth capacity to the financial services markets that propelled Sidera to expand its network North to Toronto Canada and East across the Atlantic to London.
With a strong focus on enabling connectivity between major data centers and financial trading hubs in the US and Europe, Sidera’s network is poised for continued growth.  The company’s emphasis remains on providing high quality, ultra-low latency bandwidth connectivity solutions in a variety of flavors and speeds up to 100 Gbps in many markets.  It is this commitment to delivering facility agnostic services that don’t compete with its customers that is bringing Sidera’s network to the forefront of innovation and reliability.