Coping with Increasing Traffic: Telecom Infrastructure to the Rescue 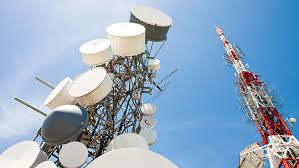 The seemingly insatiable demand by users for more data has taken many players in the telecom and communications sector by surprise. To keep up with demand, new infrastructure is often needed and particularly data centers – the heart and brain of any network. With speed to operations being essential, prefabricated and modular data centers that can be deployed in mere days have become all the rage. Telecoms expert Peter Karaszi explains.

And it is not slowing down anytime soon: global mobile data traffic is expected to increase nearly 11-fold between 2013 and 2018, growing at a compound annual growth rate of 61 per cent. By 2019 the number of smartphone subscriptions is expected to reach 5.6 billion, according to Ericsson.

So where does this leave mobile operators, scrambling to benefit from this data boom?

To cope with the increasing traffic, telecom infrastructure is key. And that often means investing in new infrastructure, and better infrastructure. There are many ways to improve efficiency in every part of the network, from smarter OSS solutions to ultra-high efficiency antennas.

Let us take a look at maybe the most important link in the chain: the data center. High quality, efficient data centers are essential. They house and power all the equipment needed for transmission of data and are both the heart and brain of any network.

Telecoms operators and other IT players often have long lists of reasons for planning for a new data center, but the increasing data demand by customers is the most common reason. They have quite simply run out of space in their existing facilities and urgently need to expand to meet current demand (and let alone future demand). Lack of capacity is no option. It would be like telling all existing and future customers to get lost and rather turn to a competitor. It would seriously hurt the brand and the bottom line.

Data and switching equipment is relatively easy and quick to order. The data center building itself is trickier. It can take over a year to plan, co-ordinate (with different suppliers) and construct a new data center facility. There are often delays and budget over-runs. Buildings for data centers are often not purpose built to be used as technical facilities and often have water leaks and other problems.

So mobile operators, hosted data providers, internet service providers and others are increasingly choosingturnkey prefabricated data centers instead of brick and mortar solutions. They are much quicker to deploy, which saves time and money, and will always be the “right” size since their modular structure make them easy to quickly expand in response to changing needs.

Vodacom Mozambique’s deployment of a prefabricated data center (Flexenclosure’s eCentre) on top of a six-storey building in central Maputo is one excellent example of the need for speed when installing a new data center. The 126 square meter data center building was manufactured in Sweden, shipped to Maputo and installed in just eight days!

Benefits to the client were a guaranteed product (versus an uncertain project), a guaranteed budget and guaranteed delivery on time. This would have been very difficult, if not impossible, to achieve with a traditional brick and mortar structure.

A second reason for mobile operators needing a new data center speedily is when there has been a data center-related incident of some kind, which needs a very quick fix. In August 2013, a battery-related fire damaged Vodacom Tanzania’s energy center in Dar es-Salaam, resulting in a serious (and very public) disruption to its network services. This time the eCentre was chosen to replace the old energy center. It included separated A and B sides and separated batteries, increasing redundancy and security and thus minimising the risk of any impact on business continuity in case of another accident.

Prefabricated data centers are not constructed on site but rather in a clean environment far away from the deployment location. All engineering expertise is already there and the systems can be thoroughly tested before shipment.

In conclusion, experience on the ground has given the industry strong incentives to choose turnkey modular data centers over traditional builds. In the long run, this is very good news for both end consumers and suppliers of sought-after data to keep the smartphones ticking and beeping. The very strong trend in favour of custom-designed prefabricated data centers is set to continue.

Peter Karaszi is a communications expert in intelligent telecom solutions based in Cape Town, South Africa. He has over 30 years of experience from the telecom and IT industry, including at C-level positions and boards of global technology corporations. He has written six books and numerous articles.