The Changing Role of UPS in India 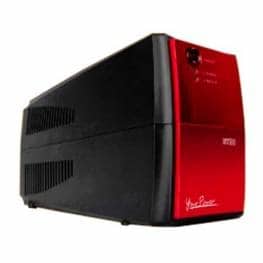 A recent industry survey has revealed that the demand for uninterruptible power supply systems in the Indian market is expected to grow at a healthy rate of 7-8% in 2014-15. The new technologies are gaining penetration into the UPS market in India. This enhanced growth is fuelled by an increase in demand from new markets which are primarily located in Tier II and Tier III cities. However, if we see the region wise growth, India surely makes a promising destination for uninterruptible power supply manufacturers India.

The southern region tops the chart when it comes to the demand and procurement of UPS systems. Bangalore which has a sobriquet of being India’s Silicon Valley is one such destination and the other being erstwhile Andhra Pradesh both is expected to grow further in the near future. However, post bifurcation of the state, Seemandhra (AP) and Telangana would not lag behind. Tamil Nadu is fast catching up the pace and will soon join in the league. The major contributor to the growing demand for uninterruptible power supply systems are corporate businesses, banking sector, IT/ITES/BPO and education.

Small and Medium scale businesses are in large numbers in Delhi, UP, Punjab and Haryana and irregular power supply or frequent power outages in these states is a point of concern. To process the efficient workflow, installation of UPS systems are inevitable. Gurgaon and Noida are the major hubs of IT/ITes/BPO sector.

Gujarat being an industrial hub is the biggest contributor to the UPS industry. Government buying, BPO services, IT/ITes are primarily the main sectors that owe to this industry’s growth. On the other hand, inhabitants of Madhya Pradesh and Rajasthan are employed majorly in SMB. Thus, it is a major contributor in these states.

IT/ITes is least developed in the Eastern sector so government buying will dominate in buying demand of the UPS systems.

If one specifically looks at vertical wise bifurcation, Government sector tops the chart so far as buying pattern of UPS systems is concerned followed by industrial and plant automation. Other sectors wherein the role of uninterruptible power systems has become imminent include financial sector inclusive of banking and insurance sector, ICT, healthcare, SMEs, hospitality, research and educational institutions and corporate sector. Therefore, frequent power outages in any of these industries can lead to massive losses to organizations in general as well as to economy as whole.

The future lays with the coming of more modular UPS systems in demand and this trend will see a decline in line interactive market at a foreseeable future. Today, the market demand is growing for such UPS systems that are highly efficient. Hence, in recent times, UPS manufacturers have come out with much improved designs, weights and sizes to promote operational efficiency.