Data center provider, Ark Continuity, has been highlighted in a House of Commons discussion into
proposed information technology savings.
The issue was brought up in a recent Parliamentary discussion into ICT savings in which the Cabinet Minister with responsibility for ICT, efficiency and reform, the Rt Hon Francis Maude MP was asked about his plans to achieve greater value for money for the taxpayer from the Government’s management of information technology.
According to official figures, the Government made £316 million worth of ICT savings last year, and data centres have a key role to play in these savings. In response to the question on achieving greater value for money, Francis Maude highlighted data center provider, Ark Continuity, as an example of a company that could contribute to the savings program. 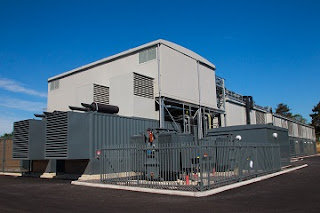 Ark, the UK’s most efficient data center provider, has developed a data centre solution which can save organisations at least  40% of their costs through lower energy and operating costs using only the power and cooling needed by the IT load within the Data Rooms.  This level of saving will increase further as energy prices rise following news from Ofgem that foreign gas imports will need to grow as UK power stations close.  As a result of this energy efficiency programs will need to roll out across not only Government but all UK businesses.
Ark has secured funding that ensures its long-term future. The business also announced new senior leadership appointments to manage the expected growth, with Huw Owen joining as Chief Executive Officer, having previously been President of Global Health Care at BT. Steve Hall has been appointed as Sales Director from his previous position as UK Public Sector Sales Director at HP. Non-Executive Directors now include The Right Honourable Baroness Manningham-Buller, DCB, life peer in the House of Lords and former Director General of the Security Service (MI5) and Brian Fitzpatrick CEO of ACN Europe BV.
Francis Maude visited Ark’s Spring Park Data Centre Campus in Corsham, Wiltshire 2012.
During the fact-finding visit, Maude, Chippenham MP Duncan Hames along with representatives from the MOD discussed how companies like Ark can deliver cost-saving, secure solutions for the Government as part of their efficiency program.  He spoke about how agile and off-the-shelf ICT products can be better procured and used by the public sector to drive efficiency and reform in Government.