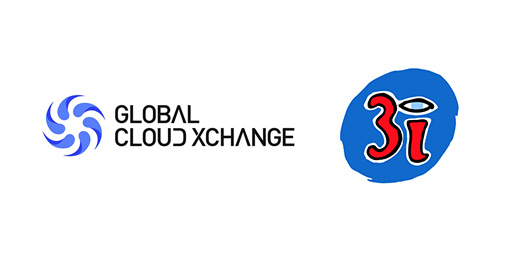 3i Infrastructure plc (3iN) has agreed to invest $512 Million to acquire a 100% stake in Global Cloud Xchange (GCX), a leading global data communications service provider and owner of the world’s largest private subsea fibre optic networks. 3i Infrastructure plc is an investment company which has been listed on the London Stock Exchange since 2007 and is currently in the FTSE250. With more than £2.2 Billion in assets under management, the investment in GCX adds subsea to the company’s formidable digital infrastructure portfolio.

GCX has had much success since the company emerged from its Chapter 11 position at the beginning of January 2021. Through a successful restructuring, GCX separated from the former parent company, formed an independent new entity, and hired a seasoned management team. Since then, GCX continues creating/implementing a strategy to successfully deleverage the business and remain on a firm trajectory of growth.

GCX continues to build confidence among new and existing customers by reforming deal structures and creating innovative and flexible ways to extend the service life of its global subsea assets. GCX owns the largest subsea cable network in the world with 66,000 km of cable spanning 46 countries with a particularly strong position along Europe-Asia and Intra-Asia routes. With standard subsea supplier lifespans of 25-years, a recent thorough evaluation cites at least five more years on GCX’s oldest operating systems, plus longer life at increased capacity available for the foreseeable future.

This year, GCX announced a strong close to Fiscal Year 2021 (FY21), ending March 31, 2021 when they revealed their Q4 financial, operational and cash flow results (the company’s annual fiscal year began April 1). After the company successfully completed their financial audit, GCX revealed strong cash flow and steady linear growth over the past year. The results were delivered a full-year after the appointment of Carl Grivner as CEO.

3iN’s investment affirms the company’s belief and commitment in the performance of the GCX team. 3iN believes GCX is a key part of the growth of the global digital infrastructure sector as one of the world’s largest private subsea networks. This investment in GCX will positively impact all of the company’s products and services by allowing GCX to invest in network enhancements, product enhancements, the managed services business, and overall company growth.

With strong financial backing, GCX will continue to strengthen its market position through operational integration of the company’s global assets. The company is building a unique globally accessible Cloud ecosystem further leveraging its subsea assets where customers can create, manage and connect their networks throughout the world. The new management team at GCX is committed to realizing this vision, expanding the company’s growth strategy through both organic and inorganic initiatives.

To learn more about 3i’s investment in GCX, click here.