Your future will include the Cloud – and DCIM will be there to help! 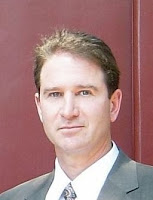 – Mark Harris, vice president of marketing and data center strategy with Nlyte Software (www.nylte.com), says:
Cloud computing will be in your future. This is fact. All growing companies either have already realized or will shortly realize that Cloud come in TWO FLAVORS: Public and Private. Most discussions seem to blend the two fairly randomly, but the reality is that Public Clouds are provided by a hundred vendors today, and provide a wealth of capability available on-demand and at a modest cost. Dynamically these services can be added or removed, are all self-service, and are all very easy to plan. NIST does a fairly good job of defining the five or six key attribute of a ‘Cloud’ and these same attributes cover both Public and Private Cloud environments.
Private Clouds are less well understood but will be adopted across most corporations. As IT within the data center matures to the point that it is predictable and can be resource planned, the ability to operate much like a Public Cloud will be a requirement. Corporate IT infrastructures are migrating towards being used in daily operations using these same attributes pioneered by Public Clouds. Infrastructures are being retooled and the supporting/enabling technologies – SUCH AS DATA CENTER INFRASTRUCTURE MANAGEMENT (DCIM) – will be required to effectively create Private Clouds.
One of the loudest voices in the DCIM industry, Andy Lawrence of the 451 Group, was pretty specific about the REQUIREMENT OF DCIM to effectively build a Cloud, “We see DCIM as playing a huge role in the ongoing operation of both Public and Private Cloud. As the Cloud evolves, DCIM will become an essential component of any Cloud strategy.”
In short, there are two takeaways. First, that DCIM is part of creating effective Clouds – both Public and Private. And secondly, that Clouds ARE part of your future. It is a beautiful thing!