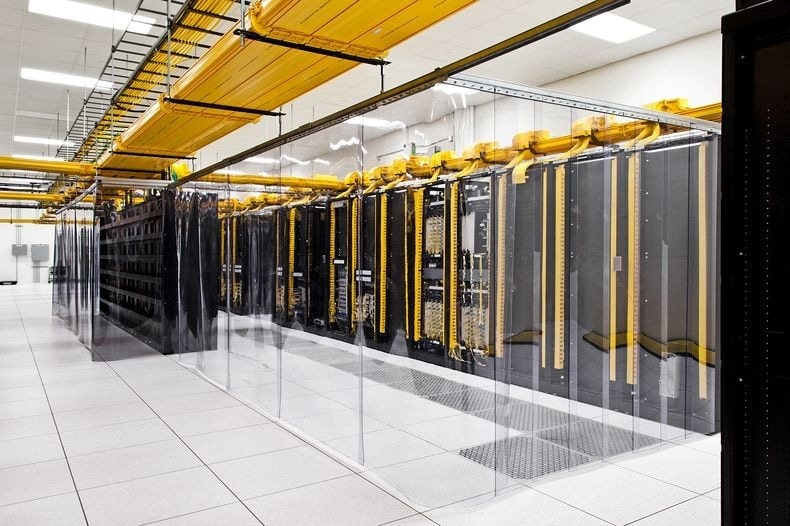 Quantum computing is coming. It will make headlines any day now. And when it comes in force the data center colocation industry will need to adapt with it.

Without encryption, our banking, shopping and commerce would cease to function. Once bank account information gets inside a firewall it is fairly safe, but while it’s traveling through the switches and routers on its way to its final destination, that information is readable by dozens of machines. We get around this using cryptography.

One way to illustrate how quantum computation defeats encryption is to imagine encrypted information as a jigsaw puzzle that has billions and billions of pieces. When information is sent to a bank it’s as if it is written on the edges of the puzzle. The puzzle also has two pictures on it, one on the top and one on the bottom. The one on the top is drawn by the sender and the one on the bottom is drawn by the bank. The sender can’t see the bank’s picture and the bank can’t see the sender’s picture.

To send the information to the bank, the sender takes the puzzle pieces apart, shakes them up, puts them in an unmarked box with the bank’s address on it and sends it. If anyone opened the box they would not be able to put the puzzle together because they would not know what either picture is supposed to look like.

When the puzzle gets to the bank, they know what the picture is supposed to look like and therefore they know immediately how to re-assemble the data. Like any puzzle it would be possible for someone to solve it without seeing the picture if they tried hard enough, but it would take them millennia using existing technology.

How Does Quantum Computing Change the Game?

The worry is that gains in quantum computation could be exponential in a way that greatly exceeds Moore’s law of doubling computational capacity every two years. Quantum computer processing power increases exponentially with each added quantum bit.

In contrast, conventional transistor architectures have a roughly logarithmic relationship between complexity and processing capacity. What causes this logarithmic relationship? Quantum interference. As transistors get smaller and smaller the quantum effects make the computations less and less reliable. The same laws of physics that make quantum computing viable are the ones that are ruining conventional computing growth.

Where are we Now?

Thankfully, it’s almost 100% certain that nobody has a significantly powerful general purpose quantum computer. There is a company, D-Wave, that is currently making a commercial quantum computer but recently D-Wave’s computers have been called into question. Its computers, while impressive, have not been 100% scientifically proven to work on a true quantum basis. Most researchers are pretty sure that they do, but there’s still debate.

Also, the types of problems that the D-Wave computers solve aren’t the same types of problem as decryption. D-Wave uses a process called quantum annealing, which aims at giving very quick solutions to optimization problems, which is perfect for certain applications but useless for others.

At the moment the D-wave quantum computers are still only as powerful as a computing array that somebody could build in their garage. And they cost fourteen million dollars. That’s not to say that quantum computers aren’t exciting, they are, but we are a long way off from the dangerous leap forward of quantum decryption.

The only way to defend against quantum decryption is of course quantum encryption. As soon as there is a general purpose quantum computer there will be an imperative for a million more to defend against the first. The state of the technology is such that a jump won’t happen this year, or the next, but when the change occurs it will send shockwaves through the economy and through the tech world like no other advancement in modern history.

That is neither easy nor cheap, but data center colocation providers are in the perfect position to provide the all of the systems that the quantum computers require including security, redundant systems, efficient power and cooling, and connectivity. They will require additional systems as well like liquid nitrogen and Faraday cages, but colocation providers will likely be able to keep up with those changes. Agile Data Sites in Princeton NJ has decided to dedicate energy to being on the front lines of the quantum frontier. Chief Data Center Designer Kevin Farnsworth notes, “Quantum could completely change the market place. We want to have our finger on the pulse if that happens.”

Quantum computation is coming. The Quantum data centers will not look exactly like existing data center infrastructure, but the need for reliability, connectivity, security and efficiency will be more important than ever before. Colocation data centers are not going away any time soon, but they may look completely different in just a few decades.

Jeff Plank is President/CEO of Agile Data Sites, LLC. He has more than 20 years experience in the hosting, colocation and managed services industry for both IBM and AT&T. Jeff served as EVP and CTO for Directlink, taking the company from startup to an extremely successful data center services provider with responsibilities including managing operations, sales, marketing and overall organizational direction.