Water in the Data Center 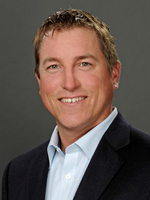 – Chris Crosby, CEO at Compass Data Centers (www.compassdatacenters.com), says:
As Coleridge made clear, water is essential for survival. Since data centers hadn’t been invented when he published The Rime of the Ancient Mariner in 1798 he didn’t mention them. But if they had, he certainly would have included them in his epic poem since water is too often a common requirement for their operation. This water dependency is an area of consideration that businesses should factor into their plans for upcoming data centers.
A high percentage of today’s data centers use water-based cooling methods to keep them from becoming the equivalent of a Hopi sweatbox in the desert. Although evaporative cooling, whether through traditional towers or “advanced” swamp coolers, remain highly effective cooling methods, when you’re planning a new data center you may want to consider the impact of the weather and water availability on your decision.
A recent article in USA Today entitled “Drought Condition Spreads Over USA” confirmed what many of us have probably already surmised water is currently at a premium. In fact, according to the U.S. Drought Monitor, 61% of the 48 contiguous states are in “abnormally dry” or drought conditions. The six major data center markets (NY/NJ, N. Virginia, Chicago, Dallas, San Francisco and Phoenix) all fall within these areas. So what can this mean for a new data center? Depending on the severity of the drought conditions, planning approvals for sites seeking to use water-based methods could be delayed, returned for modification or, in the worst case, turned down. The other potential ramification is water use restrictions that escalate water rates. For systems that use millions of gallons of water per year this can definitely have a detrimental effect to your operational budget.
Due to the prevalence of these conditions across the country, new data center shoppers would be wise to consider air-side economization as a preferred cooling method. Contrary to popular belief, the technology isn’t just a geographic phenomenon. In fact, there is virtually nowhere in the country that it can’t be used. Even Houston provides over 3600 hours of free cooling annually. Based on the current state of drought across the country and the imprecise results of long term weather forecasts, companies looking to add data center capacity would be well advised to think twice about how they intend to cool their new facilities.
The other element that water can have a substantial impact on is your data center’s power. Specifically if your new site will be serviced by a utility using hydro-electric power.  I was recently reading an article that stated, “Quincy, WA—Big Data Centers Leverage Abundant, Inexpensive Renewable Energy”. Fair enough. But Quincy is located in Eastern Washington, an area that is largely desert-like and relies exclusively on the power produced by the Wanapum and Priest Rapids dams. What would happen if this area fell into a period of pro-longed and severe drought?
We actually have a pretty good idea of what would happen since the area experienced a severe drought in 2001 and a slightly lesser one in 2005. In both instances, water restrictions forced the lay-offs of thousands of nearby aluminum factory workers as the water available wasn’t enough to generate the power to run the factories’ smelters. In both cases, electrical prices also rose substantially as power had to be imported from California. These are important considerations since 100-year projections for Eastern Washington indicate the area will experience extreme or severe drought 10-15% of the time, and Quincy resides in one of the nine (9) counties designated by the state’s Hazard Mitigation Plan as “most vulnerable to drought”. Somehow, I think, running on generator for a year may offset a lot of those “kW/hr cost savings” with the price of fuel and fuel transport.
How the use of water for either cooling or power, or both, in your data center is a consideration that should be given careful evaluation in businesses’ planning processes. The impact of severe weather conditions can have a dramatic impact on operations and costs. Businesses should be sure that they carefully evaluate all their alternatives before committing to a site for their next data center since the last hundredth of a percent of PUE doesn’t matter that much if you can’t operate your facility.