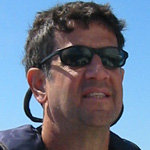 Server virtualization brings both benefits and drawbacks to the data center: it can maximize underutilized resources and minimize infrastructure spending—but add complexity and administrative overhead for the network administrator. In order to fulfill the promise of a dynamic environment, VMs need to be supported by an intelligent network. What’s needed is a Virtual Machine-aware approach to network virtualization that can automatically migrate network policies along with Virtual machines (VMs) as they migrate across different physical servers. While many vendors are talking about this concept, IBM System Networking is actively delivering solutions to the problem—for all server virtualization technologies.

Virtualization promises to make significant contributions to data center and cloud computing for the foreseeable future. It provides the ability to create multiple compute environments in a single bare-metal host, minimizing idle processor cycles and maximizing the return per physical server. New Virtual Machines can be quickly added to the environment so that revenue opportunities are quickly realized. IBM’s VMready provides the simplicity, flexibility and power to manage the network in these dynamic, highly virtualized data centers.

IBM’s switch-resident VMready with Virtual Vision is a unique solution that enables the network to be Virtual Machine aware, so that the network can be configured and managed for 1000s of virtual ports (v-ports), rather than just a few physical ports. With VMready, as VMs migrate across physical hosts, so do their network attributes automatically, retaining the same ACLs, QoS and VLAN attributes. VMready works with all major hypervisors, including VMware, Microsoft’s Hyper-V, Xen and KVM.

An increasingly important part of data center infrastructure is what is sometimes referred to as the “virtual edge” – where physical and virtual infrastructures overlap, and where the virtualized network extends into the virtual server. Edge Virtual Bridging (EVB) technologies now being defined by the IEEE 802.1Qbg working group can make it easier for businesses to achieve large-scale server-network edge virtualization in the data center. In addition to the benefits of automation and open standards, the EVB approach also helps preserve existing IT investments by allowing migration to new, modern systems without having to replace current equipment.

Until recently, many data center administrators hesitated to take advantage of mobile VMs because of the time demands of managing the related networking requirements. Now automated solutions can safely create and move VMs, freeing network administrators from those responsibilities and bringing the full potential of virtualization to the data center.